Hit it any which way you like with the latest big sticks – they’ll still go miles.

Titleist’s answer to movable weight technology comes in the guise of a choice of two cylinders that slot into the back of the sole. A neutral version keeps the weight low and deep to maximize forgiveness, while a top-heavy version keeps the weight back, but it can be flipped so there's more mass towards the heel or toe to control direction. A redesigned Radial Speed Face insert and Active Recoil Channel make this consistent on ball speeds across the face, so your less-than-perfect drives should travel almost as far as the good ones. The 460cc D2 boasts a full pear-shape profile and produces a higher peak trajectory, while the 440cc D3 offers more workability, lower spin and a more penetrating flight.
Lofts: 8.5, 9.5, 10.5 +12.5 D2 only, +1.5/-0.75 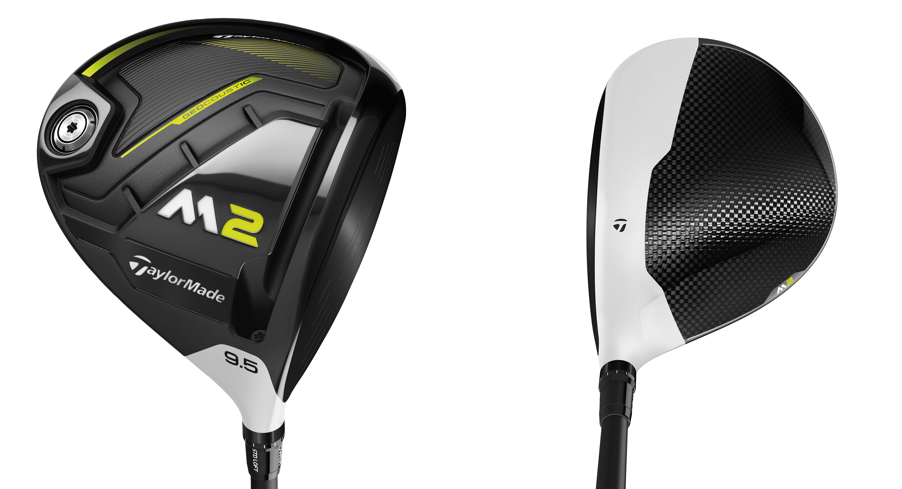 In the bags of Rory McIlroy and Tiger Woods, the new M2 promises bags of forgiveness – it boasts a 14% higher MOI than the earlier model – for low spin players who need to maximize carry distance. Like the new M1, it has a larger address profile than its predecessor, inspiring more confidence over the ball. A new speed pocket in the sole is deeper, rounder, and more flexible, so shots struck a half-inch below the centre of the face produce, on average, 1 mph more ball speed and 200 rpm less spin for more consistency. Improved acoustics contribute to a more muted, authoritative sound at impact. While the loft can be adjusted by four degrees, there is no sole adjustability, so golfers looking to draw the ball should opt for the M2 D-Type, which has a built-in in head bias. Lofts: 8.5°, 9.5°, 10.5°, 12° (+/-2°)

The latest generation of the Big Bertha franchise features Jailbreak technology, which comprises two parallel titanium bars connecting the crown and sole behind the face. This reduces deflection, allowing the face to take more of the load created at impact for faster ball speeds. Some of Callaway’s tour pros saw distance gains of up to 21 yards over previous drivers, including the XR 16, while amateurs of all standards have reported swing speed increases of between 2-5mph, leading to significantly increased yardage for no extra effort. It comes in standard GBB Epic, with a 27g sliding weight in the back of the sole to adjust shot shape, or the lower spinning Sub Zero model, which has 2g and 12g interchangeable sole weights to dial in launch and spin, as well as change forgiveness levels.
Lofts: 9°, 10.5°, 13.5° (+/-1.5°) 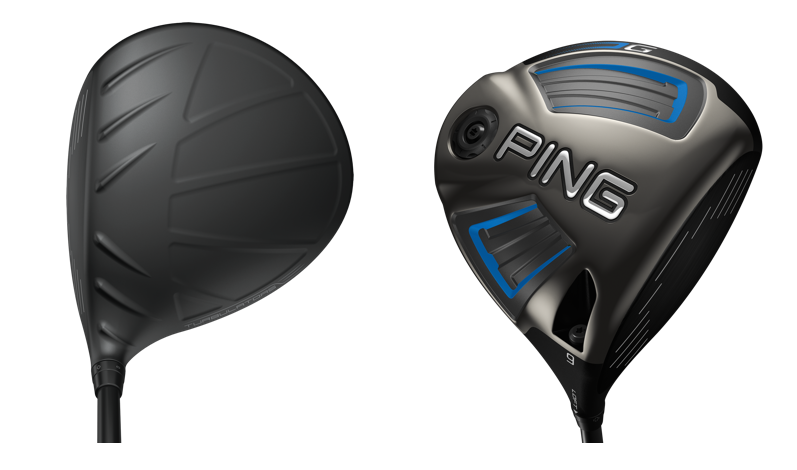 Ping’s G Series comprises three models – standard, SF Tec (Straight Flight) and LS Tec (Low-Spin), all of which focus on delivering maximum forgiveness and maximum speed for all levels of player. A new crown, inspired by the complex design of a dragonfly’s wings, features external support structures, and is both the lightest and thinnest that Ping has ever made. This allows weight to be redistributed within the 460cc head to maximise forgiveness. As well as repositioned turbulators, to further delay airflow separation prior to impact, the G driver also features Vortec Technology, which minimises wake turbulence for faster clubhead speed and stability. The LS Tec’s weighting is slightly more forward for less spin, while the SF Tec’s heel weighting combats a slice.
Lofts: 9°, 10.5°, 10.5°, 12° (all adjustable +1/-1) 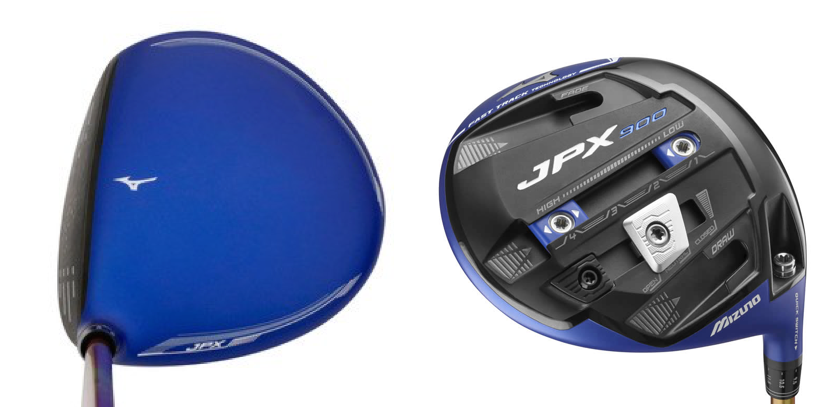 A new multi-thickness face, strengthened in key areas, significantly boosts ball speeds on Mizuno’s latest tour driver. A centre track, with a pair of 8g adjustable weights, allows players to dial in spin and launch. Moving the weights to the ports on the toe and heel can alter trajectory, while an adjustable hosel caters for a variety of lofts. A lightweight aluminum chip on the sole allows players to manipulate the face angle without changing the loft. The JPX900 has a longer, wider and shallower profile than its previous tour models, while internal tuning forks ensure the sound remains pure regardless of the weight positions.
Lofts: 9°, 10.5°, 10.5°, 12° (all adjustable +1/-1) 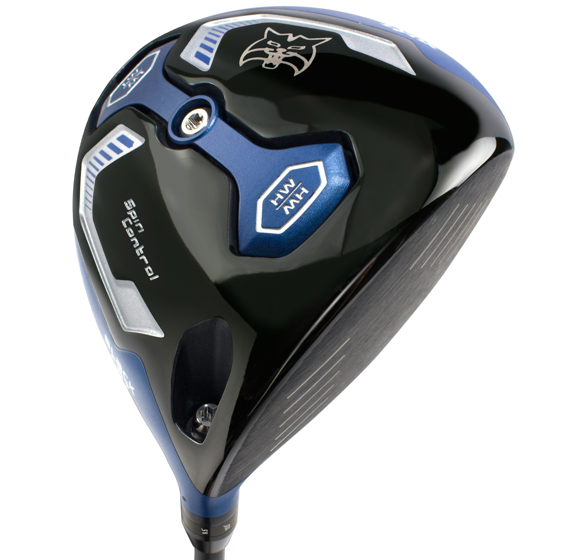 The adjustable Black Cat features a new Spin Control System, a removable and reversible weight bar that repositions weight either further forward, or further back, in the clubhead to alter launch and spin. Clearly marked with HW/LW options, positioning the high weight setting closer to the clubface moves the weight forwards, reducing spin and keeping the flight lower, with a more penetrating flight and control. Positioning the low weight setting closer to the clubface increases spin for a higher launch. The 460cc two-piece titanium driver features a cup-face design with face hardening treatment applied to help generate faster ball speeds and reduced spin, while full adjustability from 9°-12° is on offer, including draw and fade bias settings for those players looking to eliminate a slice or a hook. Lofts: 9°-12° (+/-1.5) 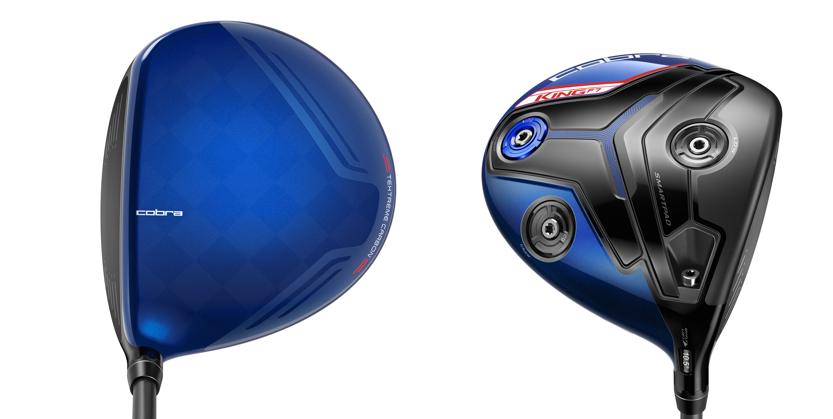 Featuring a five per cent larger, yet thinner, forged titanium face than the F6, the oversize F7 and, its more compact, lower-spinning sibling, the F7+, offer easy hitting and even easier adjustability for a wide range of skill levels. The crown is 8g lighter than its predecessor, while the soles feature Smartpad technology, which comprises three different weights. Placing the 12g weight in the back, centre position promotes a higher trajectory and more forgiveness, while the forward location yields a lower, boring ball flight and less spin. Meanwhile, moving the 12g plug toward the heel generates more draw bias. Both drivers are fitted with ARCCOS sensors in the grip, which generates statistical data on accuracy and shot length, which can be paired with Cobra’s smartphone app for analytics. Lofts: 8°, 8.5° draw, 9°, 9.5° draw, 10°, 10.5° draw, 11° 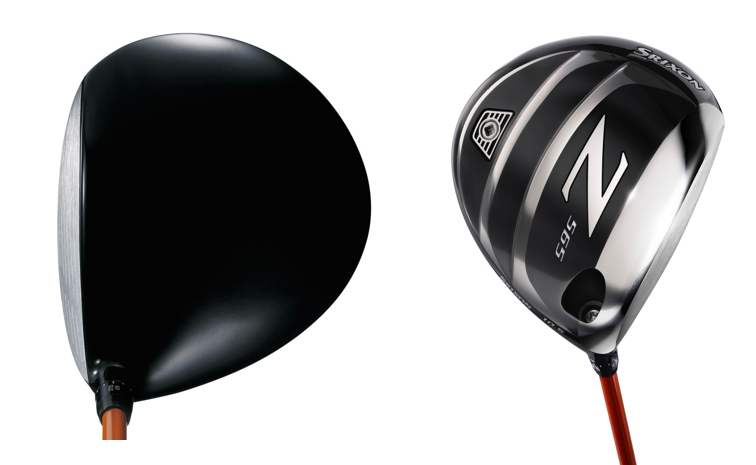