Now that the 117th U.S. Open is finally in the books we thought we would round up our coverage of the second major of 2017 by gathering together some interesting 'stuff' that might just have escaped your attention.

If they didn’t escape your attention first time around then this may become a list of ‘five things you didn’t miss’ but, either way, it should still be a decent read.

The 18th hole at Erin Hills had a special flag for the final round of the U.S. Open in commemoration of the late Arnold Palmer. It featured a silhouette of the great man in mid-stride tossing his visor into the air after his win at the 1960 tournament at Cherry Hills.

A classy touch at this year’s tournament. 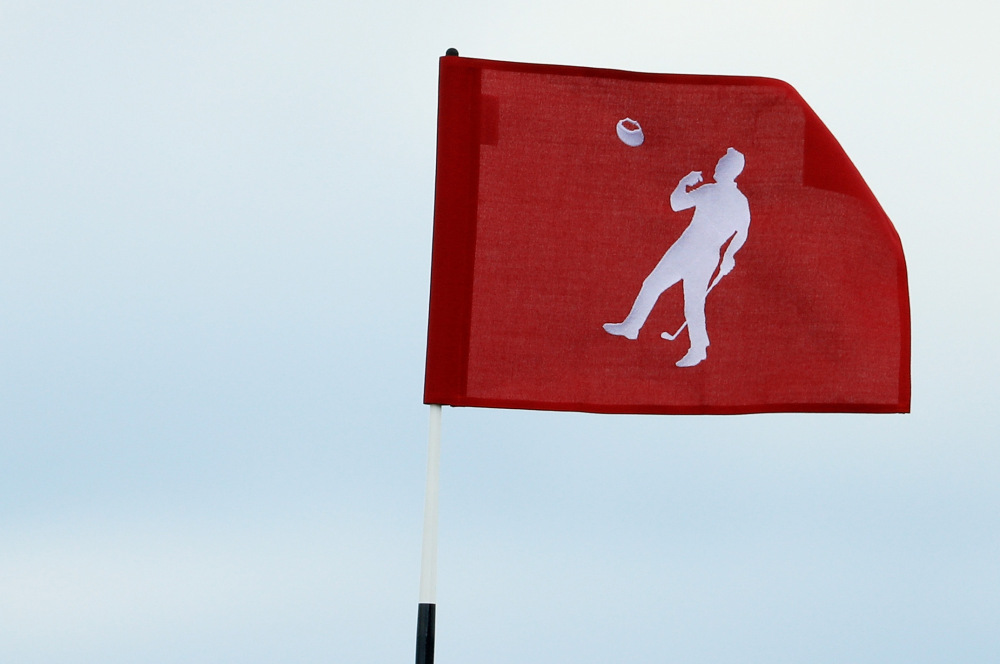 It may have escaped your notice that all four of last year’s maiden major winners failed to make the weekend, for one reason or another.

2016 Masters champion Danny Willett withdrew from the competition before Friday’s second round citing a back complaint, and after having carded a nine-over-par 81.

Though few will have had the Englishman in their sights as a possible winner of the tournament, he will be hoping his injury clears up and he can recover his form from last year.

The current world number one Dustin Johnson threatened to recover from an opening 75 but, ultimately, came up short. His hopes of emulating Curtis Strange - in going back-to-back after his win at Oakmont C.C. last year – are now for another day.

Henrik Stenson hasn’t been playing his best golf this year - certainly nothing to the level of his remarkable performance last July at Royal Troon – but his game should have matched up well to the test provided by Erin Hills.

Seemingly, it wasn’t to be as he struggled to a three-over-par total and missed the cut by two.

And last but not least, Jimmy Walker, the final major winner of 2016, can thank his weak opening 77 for ruining his own weekend plans in Erin, Wisconsin.

Following on from his Masters win back in April, Sergio Garcia clambered together a final score of four-under-par to end his four rounds at Erin Hills as the top Continental European.

Overlooked in many quarters before the tournament began, the Spaniard was a model of consistency and, while perhaps not the accolade he was aiming for, his performance in trumping his fellow golfers from mainland Europe was not too shabby at all.

Relive his Masters win below:

Li shoots tournament high round of 84

Making the cut in your first U.S. Open and, actually, your very first major is not to be taken lightly. The Chinese number one Haotong Li produced two solid rounds of golf to become the first man from his home country to make the cut in a major.

What you don’t want to do in the next two rounds is card two messy scores in the eighties. Unfortunately, that is exactly what Li managed and he closed with a twelve-over-par 84, the highest round of any player in the four days.

Return to form for Pepperell

It was great to see a return to form for Eddie Pepperell. Languishing down at number 337 in the revised Official World Golf Rankings, after a T-16 at Erin Hills, just doesn’t seem right for the talented Englishman.

We got to see plenty of Eddie during the host coverage and he was certainly holding his own playing some terrific golf to finish five-under-par.

Not bad for a guy who only qualified a few weeks ago at Walton Heath.

Did you notice anything interesting during the U.S. Open 2017? Let us know, as always, below or on social media.

Bring on The Open at Royal Birkdale this time next month. We can’t wait!!