Looking for a list of some of the best golf courses in New York? You've come to the right place.

Despite not having quite the golfing heritage of the likes of Florida or Arizona, golfers are becoming increasingly awakened to the many possibilities and golf courses on offer in the ‘Empire State’.

Let’s take a look at some of the golf courses in the New York area we (and the Hole19 users) would recommend.

Bethpage Black stands as a shining example of the quality of golf courses available in New York. It has an illustrious career on the PGA Tour circuit and has been a US Open host venue twice to date – with a third major hosting to come in 2019 in the form of the PGA Championship.

Bethpage State Park has five separate courses and few would argue against the Black being its best. It’s not for the feint-hearted though, and higher handicap players would be better advised sticking to one of its less ferocious siblings (perhaps Bethpage Red).

Unequivocally, hands-down, one of the best golf courses in New York (and very possibly THE best). 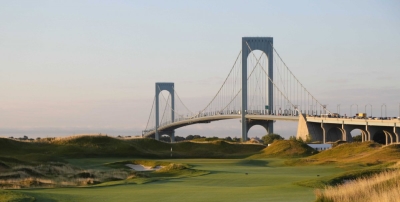 While not a true links course per se, Trump Golf Links at Ferry Point does a good job of providing the look and feel of a coastal ‘links’.

As with many courses of a similar ilk, it does provide a real stern test. With Jack Nicklaus’ input for course design, it’s hardly surprising.

It was originally planned to be a private facility but was turned into a municipal when private backers pulled out. Suits us down to the ground - this is a real must in the New York area. 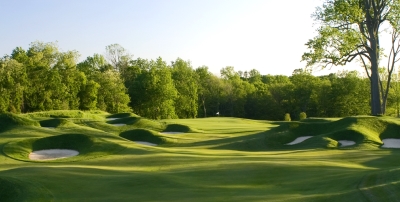 Designed by the legendary architect Pete Dye, Pound Ridge Golf Club is an exceptional facility and, without doubt, one of the best golf courses in New York.

Situated just north of New York City, it has a myriad of challenging features which promise to test every facet of a golfer’s game – regardless of skill level. Its unfathomable beauty and your own desire to drink in its next challenge will see you arrive at every tee box thirsty for more. 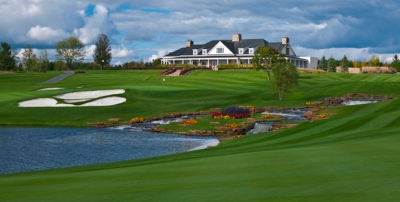 Atunyote is the signature, and longest, golf course at the Turning Stone Resort Casino complex. This Tom Fazio design is widely-renowned for its immaculate course conditions and golfer-friendly layout.

While no Bethpage Black in terms of difficulty level, Atunyote is very much its equal in terms of golf course aesthetics.

The main challenge provided lies in the 7,315 yard length (from the back tees) and a not-to-be-sniffed-at 6,561 from the whites. The 60 bunkers are in play but can be avoided by careful planning. If you think your way around then it’s possible to have one of the best golfing experiences you could ever dream of; that and a healthy accompanying scorecard. 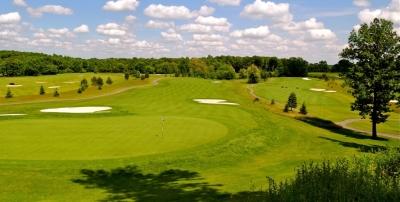 Ravenwood was voted the 5th ‘Best New’ public course to open in 2003 and is regularly considered to be the best facility in the area immediately in and around Rochester, New York.

Another offering where accuracy is imperative, the thick, tangly rough can be extremely penal and its hazards are well positioned enough to maintain your attention throughout the full 18 holes. 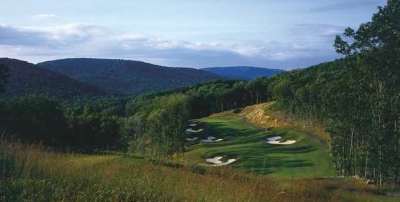 Patriot Hills Golf Club offers terrific views and a challenging layout to golfers of all abilities. One of the best golf courses just north of New York City, it is situated near Stony Point along the Hudson River.

You will be reaching for every club in your bag at this tree-lined parkland golf course, and golf carts are compulsory to help maintain a healthy pace of play. Given its very undulating terrain, a golf cart will be a more than welcome addition to your day on the fairways. 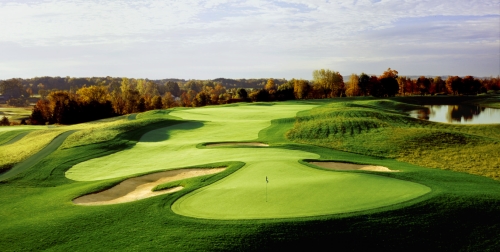 A second of three courses at the Turning Stone Casino Resort, Kaluhyat was built in 2003 and is the brainchild of the great Robert Trent Jones Jr. It was very quickly a regular feature in the ‘Top 10 public golf courses in New York’.

With tree-lined fairways which provide wide open spaces, devious bunkering, large, undulating greens and many dramatic elevation changes, it ticks all the boxes required when looking for one of the best golf courses in New York.

Despite the wide fairways on offer, the challenge provided by Kaluhyat is arguably greater than its sister, Atunyote.

With more than 100 deep bunkers in play it very quickly becomes evident that this is a real thinking-man’s golf course. Picking targets and giving the course the respect it deserves would be advisable for any golfer looking to excel here. 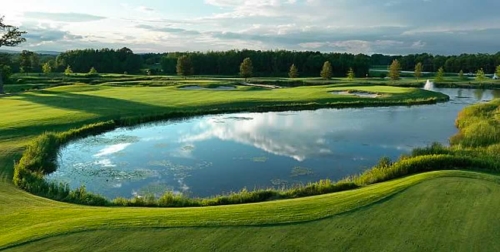 The golf course is held in high regard and has been ranked as high as second in the ‘Best public golf courses in New York’ listings. Perhaps that ranking will have changed due to the existence of Trump Golf Links in Ferry Point – but it is still very much one for your shortlist.

Looking for more places to play golf in New York? Or maybe you're ready to book a tee time? You can find more venues and tee times at New York golf courses right here.

We've got plenty of other golf courses and tee times across the US.