There are many iconic golf holes throughout the golf world. These are the holes that are most famous and immediately recognisable on some of the best golf courses on the planet, and we would do almost anything to play them... just once.

At Hole19 HQ we've been throwing around our own ideas of the most iconic holes on some of the best golf courses around the world. Some holes make the list due to the dramatic setting; some exude sheer beauty, while others appear due to their unmistakable nature. What binds them all is the fact that we would give our right arm to play them... figuratively speaking. The Stadium Hole at TPC Scottsdale as a golf hole is a relatively straightforward par-3. Still, its iconic status lies more in the 20,000 rowdy fans who help create a raucous spectacle during its hosting of the Waste Management Phoenix Open each January.

Some like it. Some don't. But what's certain is that this is one of the PGA Tour's most recognisable golf holes and, for that reason, it makes our list.

Check out the highlights from the Stadium Hole throughout the years. You might want to turn the volume down just a little!! 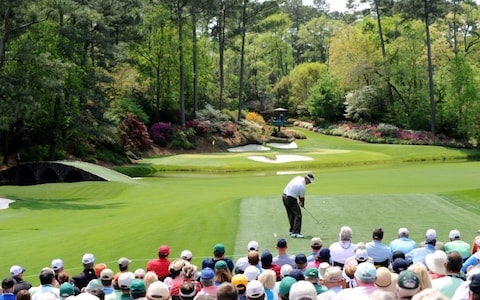 With every hole at Augusta National named after a flowering or aromatic tree or shrub, the 12th Hole  - Golden Bell - is one of the most scenic spots in all of golf.

This short par-3 can cause many problems. As countless golfers have realised to their detriment over the years, the toughest part of this hole is getting the right wind and picking the right club. Back in 1980, Tom Weiskopf found this out the hard way as he carded a 13, which remains the highest score relative to par in Masters history.

The 16th hole at Cypress Point is as dramatic as it is stunning and it boasts a more than 200-yard carry over the Pacific Ocean. The exhilarating tee shot is only half the battle, as a well guarded green awaits where a two-putt is far from guaranteed.

You'll struggle to find a better par-3 hole in the game. The 17th hole at TPC Sawgrass is without doubt one of the most iconic golf holes in the game - though there are some passionate views on either side of whether it's one of the best.

The island green can be challenging to hit thanks in no small part to the swirling wind that places even more doubt in the minds of every golfer who tees it up. When you've found dry land, it's far from assured that you'll get down in two and secure your par given the tricky pin positions and undulating green surface.

Check out some of the standout moments from the 'Island Green'... Pebble Beach Golf Links has quite a few iconic golf holes and possibly the most recognisable is the 8th. A golfer will hit a blind tee shot and aim to find the best position for a nerve-jangling approach shot over Stillwater Cove towards a well-protected green and fairways that tilt towards the sea.

Jack Nicklaus has described the second shot as the most spectacular approach shot in the game. Coming from the Golden Bear, that's high praise indeed. 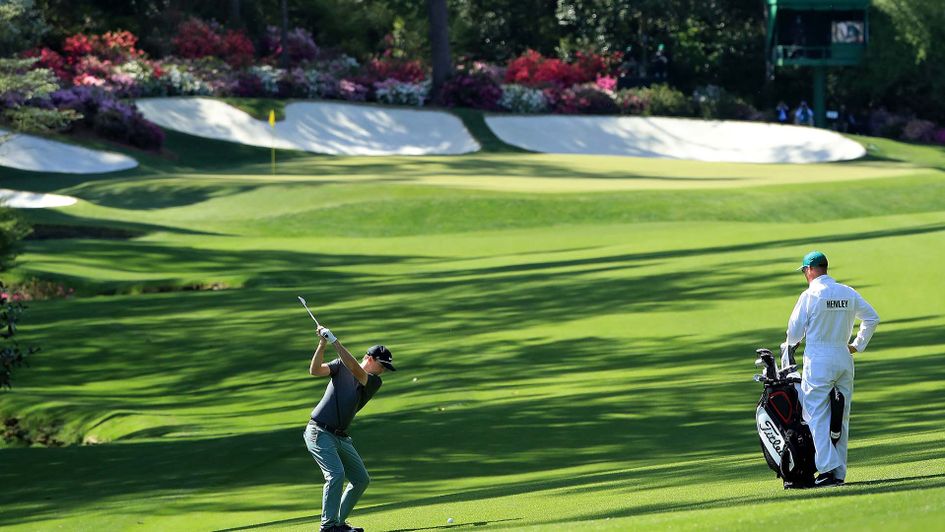 'Azalea' is one of the most-feared par-5 holes in the game and it can be the difference-maker at each annual Masters tournament. This majestic hole is possibly the most famous on the golf course with some truly stunning golf shots having been played here over the years.

The closing hole of the daunting challenge at St Andrews is one of the most photographed stretches on any golf course on the planet.

The traditional 'Home of Golf' has many impressive holes but the 18th has been voted the best hole in Scotland in a poll of 3,000 golfers carried out by Visit Scotland.

The 'Postage stamp' is so-called due to its treacherously small target green which is guarded by five separate bunkers which each lie in wait for errant tee shots.

The hole can be a daunting task for golfers of all abilities, while 'The Coffin' bunker is to be avoided at all costs. During a practice round before the 2016 Open Championship four-time major champion, Rory McIlroy took six attempts to escape.

Which golf holes have we missed out? Let us know in the comments.

Improve your golf game and make some noise in 2020 by joining Hole19 FREE today. Click your iOS or Android button below. You can also learn more about the game-enhancing benefits of Hole19 Premium.