Congratulations to Shane Lowry,  your 2019 Open Champion. The Irishman sent the watching masses into a frenzy as he won his maiden major title in impressive style as The Open returned to Northern Ireland for the first time in 68 years. 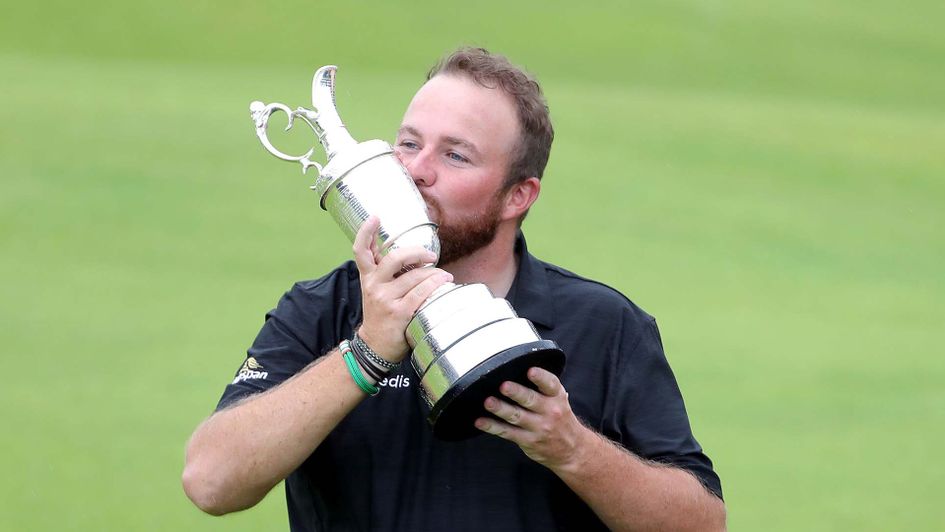 We loved every minute of it here at Hole19 HQ and can't argue with Lowry's crowning as Champion Golfer of the Year for 2019. To help recap the final major of the year, we've pulled together some takeaways from events over the past week.

Before the 148th Open Championship started last week, there was plenty of discussion about Rory McIlroy's ability to win the Claret Jug. Every other golfer from the island of Ireland was being disregarded as a potential challenger, meaning that Shane Lowry flew under the radar somewhat in the tournament build-up.

In truth, it was Saturday's stunning course record 63 that pointed towards the brewing of something extraordinary. The eight-under-par total led to a four-shot advantage heading into Sunday's final day and Lowry easily held his nerve to emerge victorious by six strokes.

Get a little closer to Lowry's Open celebrations below...

As mentioned above, much of the early focus was on whether Rory McIlroy could win on what was billed as his very own 'homecoming'. The excitement and anticipation turned to shock and disbelief as the Northern Irishman shot an eight-over-par 79 on Thursday meaning that surviving to the weekend looked would take a Houdini-like escape act.

What followed was one of McIlroy's career-best rounds as he put together a flawless 65. As Friday's second round progressed the home crowd cheered his every shot with an ever-growing belief before he would ultimately come up short by a single stroke.

One of the most vocal critics when it comes to slow play is four-time major winner Brooks Koepka. Imagine his level of fume upon hearing of his pairing with JB Holmes - one of the worst culprits - as he sought to reel in Lowry's lead and capture a first Claret Jug on Sunday past.

As expected, the slow play did get under Koepka's skin. The, shall we say, 'deliberate' style couldn't have done Holmes many favours as he carded a disastrous 16-over-par 87.

He gave us some frank views on pace of play earlier this year...

Back in April Tiger Woods proved many doubters wrong in getting back to major-winning ways as he secured a fifth Masters title at Augusta National.

As soon as he slipped into the famous Green Jacket again, it was inevitable that the great man would be among the pre-tournament favourites for the remaining majors of the year. The 36 holes he managed at Royal Portrush suggested that the final major of 2019 was a bridge too far. The four weeks off between the U.S. Open at Pebble Beach and The Open also might not have been the best idea.

Tiger's reaction to missing the cut is below...

Tommy Fleetwood teed off on Sunday at Royal Portrush hoping to take advantage of the saturated conditions and reel in Shane Lowry from four shots back.

He would ultimately come up short given the Irishman's flawless performance; however, by matching his best ever finish at a major championship the llikeable Englishman took another step towards breaking his major duck.

Got 60 seconds? Get a swift recap of Fleetwood's third round 66 below...

On the eve of the 148th Open Championship, Northern Irishman Graeme McDowell spoke of his bursting pride that the world's best golf tournament had returned to Royal Portrush.

This pride, according to McDowell, was underlined by many of his fellow pros confirming that the golf course was the best they had ever played. The stunning scenery beamed to golf fans around the world will also live long in the memory. Let's hope The Open returns to the north coast of Country Antrim as soon as possible.