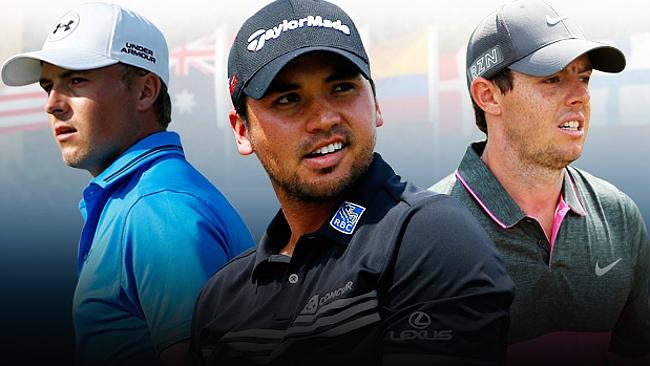 With the 2016 golfing year firmly in the books, it seems a perfect time to evaluate the performance of the three players who are generally viewed as being at the forefront of the men’s game.

The media have been straining every creative sinew to make comparisons between the triumvirate of Jordan Spieth, Rory McIlroy and Jason Day, and the rivalry shared between some of the true greats of our game – Jack Nicklaus, Arnold Palmer and Gary Player.

Slightly diluting that notion, the trio were unable to pick up any of the four golfing majors in 2016, and we watched on as stellar performances from four first-time major winners stopped any of the three men from adding to their own major trophy haul.

Career-defining moments were enjoyed by Danny Willett at the Masters in April, Dustin Johnson at Oakmont CC for the US Open in June, Henrik Stenson in a gargantuan tussle with Phil Mickelson at the 145th Open in July, and Jimmy Walker when claiming the final major of the year - the USPGA Championship.

This year gave us all further confirmation that we are enjoying one of the most competitive eras in the history of the men's game.

Regardless, few would argue that Day, McIlroy and Spieth all individually, and collectively, represent an extremely bright future for the game. Let’s take a look at each of their 2016 performances.

Jason Day seemed the player who would most likely capture at least one major championship this season with the Australian posted as pre-tournament favourite in all four. Though unable to get across the line in any of the big ones, Day did manage to capture three separate PGA Tour Events in 2016 - the last of these being The Players Championship at TPC Sawgrass in May.

Even in his failed attempts at bagging a major, the current world number one boasted the lowest cumulative score out of any player in the field. Given that fact, Day may count himself unlucky not to have further added to his maiden major victory - that coming at Whistling Straits in the 2015 USPGA Championship.

Back problems somewhat curtailed an otherwise impressive season as Day withdrew from the final two events on the FedEx Cup roster.

Rory McIlroy was generally in solid form throughout the year and will have been delighted to finally pick up his home tournament – the Dubai Duty Free Irish Open - with a three-shot cushion over Welshman Bradley Dredge and Scotland’s Russell Knox.

In the race for the FedEx Cup the four-time major winner brought his A-game. Wins at the Deutsche Bank Championship in Norton, Massachusetts and in the season-ending Tour Championship at East Lake, Atlanta secured the title of PGA Tour Champion.

The Northern Irishman was quite selective over his 2016 appearances and most notably skipped the Olympics while deciding to miss two of the four ‘Final Series’ events on the 2016 European Tour schedule – namely the Turkish Airlines Open and Gary Player’s Nedbank Golf Challenge in South Africa. In doing so, Rory all but conceded his chances of taking the ‘Tour Double’, failing to add the Race to Dubai title to his PGA accolade from earlier in the year.

Jordan Spieth was undoubtedly the deserving 2015 PGA Player of the Year by virtue of his two major championships and a catalogue of impressive displays. One year on, the Texan has performed rather more modestly and, while picking up a few wins this season, will likely feel a twinge of disappointment at the inability to carry his excellent form into 2016.

Swing problems plagued the current world number five for a reasonable portion of the 2016 PGA Tour season and the resultant confidence drain seemed to weigh heavily at times. A final position of ninth in the FedEx standings pointed towards a season of relative struggle for a player who has all the tools to add many more major titles to his golfing CV.

A win in November of this year at the Australian Open on the Australasian Tour would point towards progress and, if the swing holds up, 2017 could very easily deliver further titles for Spieth.

The three men failing to pick up any of the four golfing majors this year may call into question the continued use of the ‘Big Three’ phraseology. Throw into the mix the steady rise to prominence of players like Dustin Johnson and Henrik Stenson and the struggle to make the term stick becomes an even harder task.

With that being the case, it does add a little bit of spice to the golfing landscape if we hang on to the notion for just a little while longer.