We love a good list of world records here at Hole19 HQ and when those records are golfing ones, well, it really doesn't get any better for us.

Which are the highest, the longest, and the oldest golf courses in the world today? We've been asking ourselves those very same questions and think we've found the answers. Check them out and let us know if you know any other record breakers. 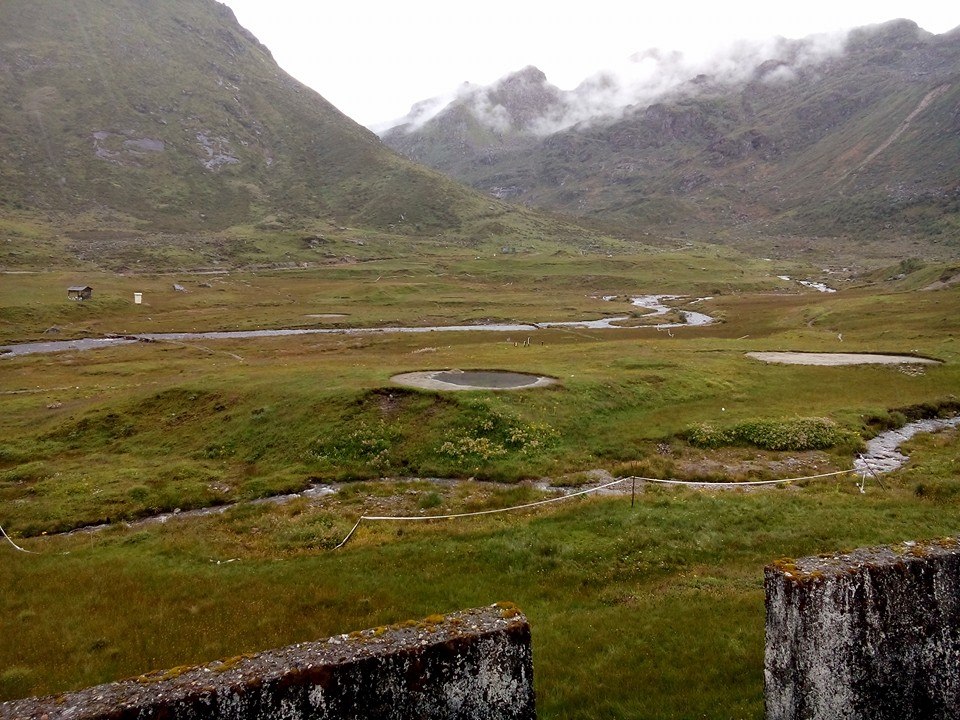 Officially speaking, the Guinness World Records lists the highest altitude golf course on Earth as Yak Golf Course in Kupup, East Sikkim, India. At 13,025 feet above sea level, the course is 6,025 yards long and forms part of a military base situated high in the Indian Himalayas.

As you'd expect for a golf course at such altitude, its availability for a knock is very much weather dependent.

To add a little bit of confusion, rather than the military base facility in India, the highest golf course in the world according to World Golf is, in fact, La Paz Golf Club in Bolivia.

This green oasis is over 100 years old and set in the middle of an eroded landscape. Standing 10,695 feet above sea level at its highest point, it reaches an altitude some 2,330 feet below its Himalayan rival.

One of the more familiar golf course world records this one - the Old Course at St Andrews Links in Scotland is officially the oldest golf course in the world.

The first written record of golf relates to this historic golf course with it now famously and affectionately known as the spiritual 'home of golf'.

As every Hole19er knows, St Andrews stands as not only the oldest but also one of the best golf courses in the world. It's a stalwart of the Open Championship rota and a venue that the world's best golfers love to visit like no other.

This one might take a bit of educated guesswork on our part, but given that the area of Furnace Creek in Inyo County, California is the site of the world's highest ever reliably recorded temperature, we're sticking our neck out and calling Furnace Creek Golf Course the hottest on the planet.

Originally named Death Valley Golf Course, Furnace Creek sits 214 feet (65m) below sea level and in the summer - when temperatures can surpass 125 °F (52 °C) - some of the accommodation is closed, but the golf course remains open.

In 2011 the resort went so far as to establish a tournament called the Heatstroke Open. Amazingly, it attracted a field of 48 competitors.

The records just keep coming for Furnace Creek as, not only are we giving it the 'hottest golf course on Earth' title, it's also officially the most low-lying too.

As mentioned above, it lies 214 feet (65m) below sea level and has been given the record officially by the guys over at Guinness World Records.  Because of its lack of elevation, the way the golf ball travels is affected by a greater force of gravity and higher barometric pressure.

This one's potentially open to dispute, but if we were considering the longest golf course in terms of yardage when playing from the tips, then the world record holder is officially Jade Dragon Snow Mountain in Lijiang, China.

The course itself measures 8,548 yards with the longest hole playing as a 711 yard par-5.  The entire resort also boasts many tall, severe ski slopes which are undoubtedly not for the faint-hearted.

Nullarbor Links in Australia is another noteworthy since its 18 holes are spread out over a vast 1,875 km (yep, that's kilometres). Each hole is in a different town along the Eyre Highway spanning from Western Australia to South Australia.

Know of any other golf course world records? Let us know in the comments below.