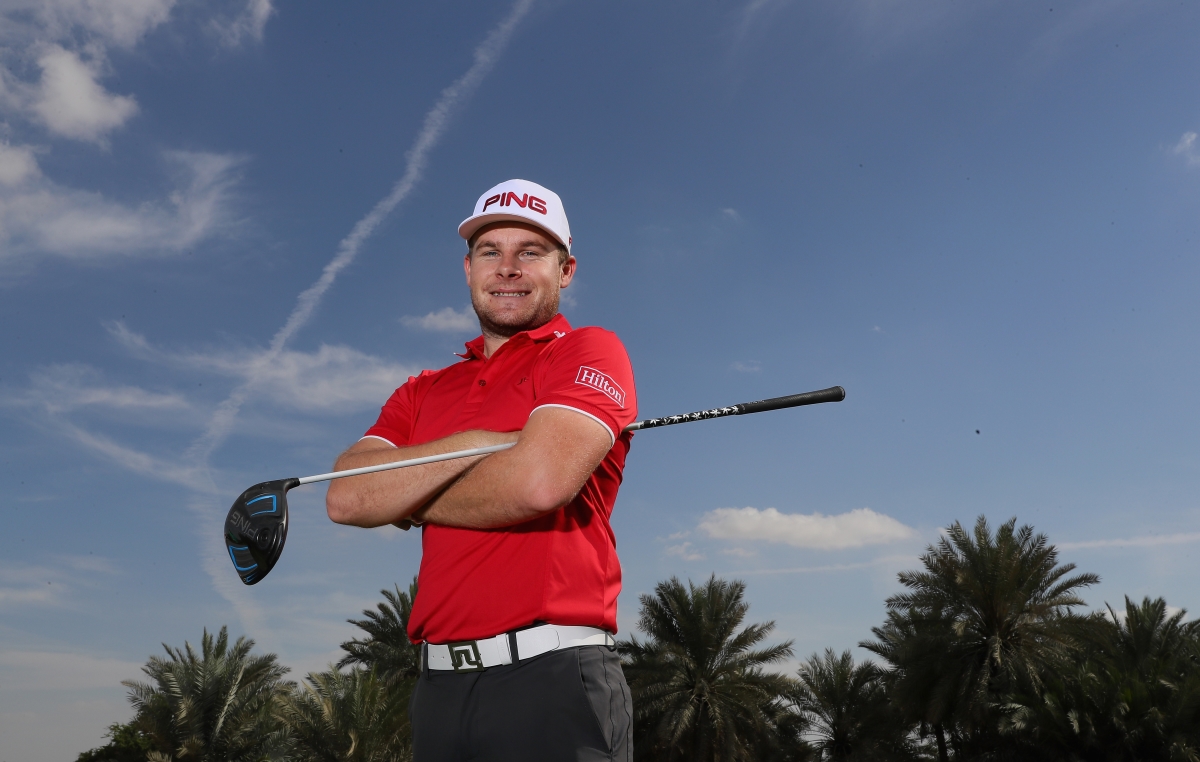 It’s fair to say the last 12 months or so have been exciting for me, with a real push up the world rankings. Here we are a year later, and I’m playing in America, inside the top 20, playing in all the big events, and about to experience my first Masters.

Finishing second at the Scottish Open in July, fifth in The Open, and 10th at the PGA, really kick-started the second half of my season. Winning the Dunhill in October was a dream come true for me at the Home of Golf. I then rounded it off by taking second in the DP World Championship in Dubai. I often have to pinch myself that this is really happening. Sometimes it feels like it’s happening to someone else.

My new world ranking has certainly opened up tremendous opportunities, and I’m currently into the fourth week of a 12-week stint out here in the States, which I’m calling my ‘American Adventure’. It’s a fantastic opportunity to come out here for three months and live in Florida. I was here in 2011 for the Hooters Winter Series, but this is a little bit different. Emily, my girlfriend, is out here with me to share in this experience for the next three months.

We’ve been renting a house in Orlando, and with the sun almost always shining, I’ve had plenty of opportunities to work on my game. It’s been amazing how quickly we’ve settled into the lifestyle out here, and it’s something I could seriously get used to. It’s amazing what a bit of sun on your back does to lift the spirits.

I wanted to get off a fast start to try and earn enough FedEx Cup points to earn my special temporary membership of the PGA Tour. I managed to get off to a great start at my first tournament, the Honda Classic, an event I was kindly given a sponsors’ invitation by Ken Kennerly, who runs the tournament. I shot three rounds in the 60s, and went out in the last group on Sunday with Rickie Fowler. It was an amazing experience, with massive crowds, all of whom obviously were rooting for Rickie, as he lives only 10 minutes up the road. Unfortunately, I had a pretty frustrating final day. I played some great golf, but in the end I finished fourth. It was a fantastic learning experience, and I really enjoyed playing in front of those large crowds.

That night we took the PGA Tour charter flight to Mexico to play the WGC there. I’d not played in Mexico before, so it was a whole new experience for me. Unfortunately, like quite of a few of the other players and caddies, I got some sort of bug while I was there, and a heavy cold, so I didn’t feel great all week. Chris Rice, my caddy, was also ill, but at the end of the day we just had to get on with it.

I enjoy playing at altitude – it’s something we experience at the Omega European Masters at Crans on the European Tour – so I was used to the conditions in Mexico, but Ricey and I made sure my irons were dialled in so we were good to go on Thursday. The course was tight, tree-lined, with tricky and quick greens. A lot of the European Tour lads played well, and it certainly felt like a European Tour event playing with Tommy [Fleetwood] and Thomas [Pieters] in the last round.

Finishing 10th was good, especially since Ricey and I weren’t feeling well, but that’s golf, and you’ve just got to get on with it. I’ve now got 217 FedEx Cup points, and I need 319 points to secure my special temporary membership, so we are making progress on that front.

This week I’ve had a week off. On Tuesday, I was invited to go on the Golf Channel’s Morning Drive Show, which was great fun. Thank God, I holed the two putts they asked me to make on live TV! It was great to work with Cara Robinson from England, who has been in the States for two years. Earlier in my stay I recorded an interview in Orlando for Inside the PGA Tour show, which goes out on Sky Sports. This week, one of one my best mates, Hugo Dobson, is out from England, and we’ve been playing and practicing at Lake Nona and Champions Gate.

Next week, I’m playing in the Arnold Palmer Invitational at Bay Hill in Orlando and then it’s on to the Dell WGC Matchplay in Austin, Texas. I then return to Orlando for a week’s preparation before The Masters. After Augusta, we drive to the coast to play in the RBC Heritage at Harbour Town in Hilton Head, South Carolina, and then it’s back to Orlando for some time off, before starting preparations for The Players Championship at TPC Sawgrass in Jackonsville, Florida. After The Players I’m returning to England to get ready for Wentworth.

I can’t wait for Augusta. Ever since I can remember, I’ve always wanted to play at Augusta National. I’m really looking forward to getting there, settling into the tournament, and doing my very best to compete at the highest level.

My family is certainly looking forward to it. We’ve rented two houses nearby, one for family and friends, and one myself and Emily, and members of my management team, who have looked after me since I was 18. My dad, Jeff, is my coach, and has been since I was 11 years old, so it’s going to be very special to have him there supporting me. He’s also going to caddy for me in the par-3 tournament on the Wednesday, which will
be awesome.

As far as Masters memories go, having been born in 1991, my first memory is of Tiger holing that chip from off the green at the 16th in 2005. I was 14 at the time, and dad used to let me stay up and watch the Masters every night. I was glued to the sofa for four days. It’s amazing to think that 12 years later, I’m going to be there myself in a few weeks.
I remember the first junior tournament that I won when I was five years old was the Wycombe Heights Junior Masters, and the winner got a little green jacket. I still have it at home. It doesn't fit me now, obviously, but like all the other golfers playing at Augusta, I hope one day to wear the prestigious green jacket.