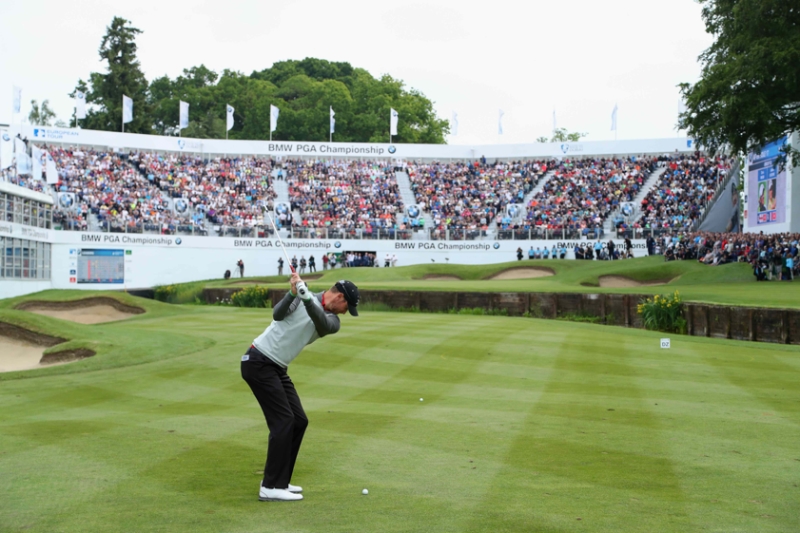 Wentworth Club once again provides a fitting stage for the BMW PGA Championship, where the cream of European talent will be bidding to capture one of the game’s most coveted titles

While the Masters is often regarded as ‘where the season starts’, it is the first tee shot at the BMW PGA Championship at Wentworth that signals the true beginning of the golfing year as far as UK golf fans are concerned.

I don’t know whether it’s the familiarity of the iconic West Course – which is actually much changed this year – or the fact that it’s often one of the first weeks of the year when jumpers are no longer required, but the BMW PGA Championship really is the tournament that really signals the beginning of the golf season proper.

Seeing the stars of the game up close and personal tends to have that effect. Much in the same way that public tennis courts are rammed during the first two weeks of June, so too do hibernating golfers and golf fans come out in their droves when the BMW rolls into town at the end of May, with warmer, longer days providing the extra motivation needed to get back into the swing of things.

The competition for this year’s Championship certainly looks as hot as ever, with the cream of the European Tour converging on ‘headquarters’ to battle it out for one of the oldest and most valuable titles on the circuit. This year marks the 63nd renewal of the tournament, and perhaps more significantly, the first on the West Course since the completion of the latest renovations to Harry Colt’s masterpiece.

While there’s something satisfying about having the biggest tournaments won by the best players, there is also something equally exciting about the odd surprise result that the PGA Championship has a habit of providing. While recent victories by big-name stars such as Rory McIlroy and Luke Donald were rightly celebrated, so too were the triumphs of Simon Khan in 2010 and Byeong Hun An in 2015. Last year’s champion, Chris Wood, was certainly not winning out of turn, and victory at Wentworth catapulted the European Tour’s tallest player to the dizzy heights of Darren Clarke’s Ryder Cup team later in the season. 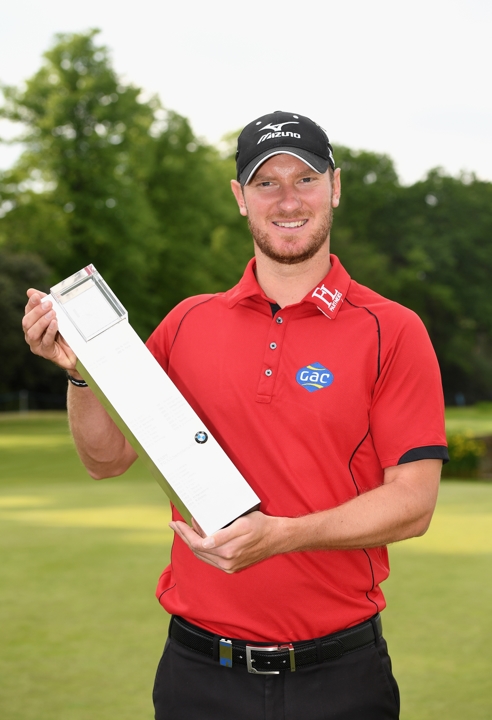 This year’s Championship also marks the first tournament in the European Tour’s newly-created Rolex Series, a schedule of seven tournaments across the season that are supported by the Swiss watchmaker, along with the tournament’s headline sponsor, to guarantee a prize fund of $7 million at each event. It’s a bold and innovative move, and one that looks to have paid off judging by the early list of entries. Among those bidding to add the 2017 PGA crown to their CVs will be four-time Major champion and world No.2 Rory McIlroy, reigning Open Champion and 2016 Race to Dubai champion Henrik Stenson, Olympic gold medal winner and former US Open champion Justin Rose, and 2016 Masters champion Danny Willett. 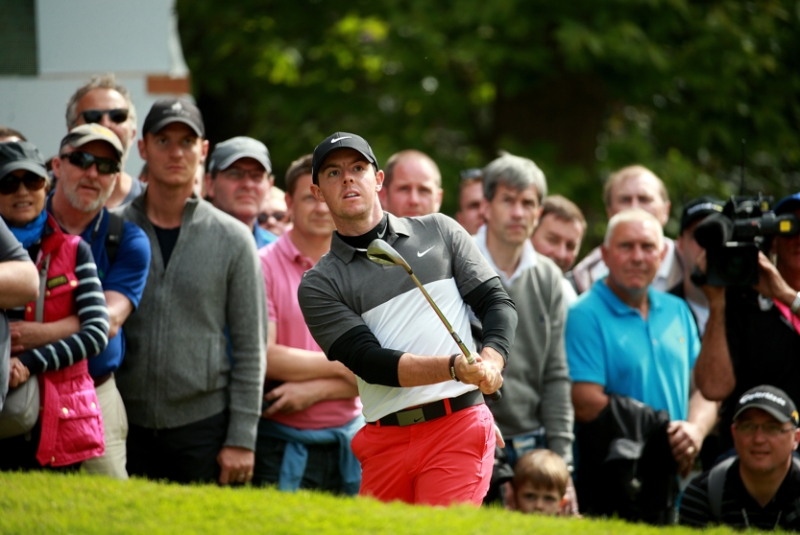 Chris Wood will, of course, be going all out to defend his title, while fellow Ryder Cup stars Thomas Pieters, Andy Sullivan, Martin Kaymer and Lee Westwood will also be in the mix, as will Luke Donald, who will be bidding for his third PGA title following wins in 2011 and 2012.

Rose, in particular, will especially keen to get his head in front, having gone so close on several occasions, most notably in 2007, when he lost out in a play-off to Anders Hansen, and again in 2012, when he finished tied second behind Donald.

Top courses have a tradition of bringing out the best from top players, and there’s no doubting the star of the show at Wentworth is the majestic West Course, which has recently undergone its second major renovation in the space of eight years.

Just eight days after Wood’s victory last year, the diggers moved onto historic course to carry out some significant renovations to its greens and bunkers. Ernie Els Design and European Golf Design joined forces to implement the changes, which included the re-laying of all 18 greens with a new creeping bent grass, and the installation of a new sub-air irrigation and drainage system. Nine greens were also completely or partially rebuilt, which has served to dramatically improve the appearance and performance of the putting surfaces for a tournament that comes very early in the season for a course located in the northern hemisphere. 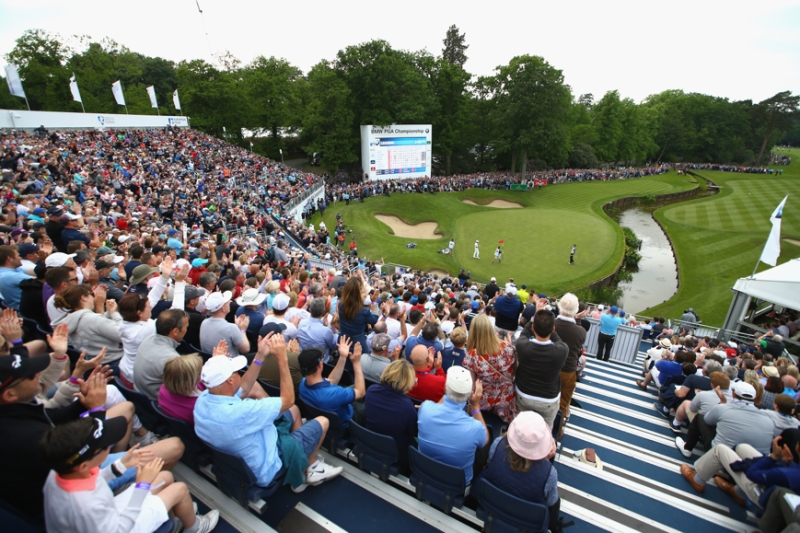 Working in close consultation with members of the European Tour’s players’ committee, include Ryder Cup captains present and past Thomas Bjorn and Paul McGinley, all the West Course’s bunkers have also been redesigned and reconstructed, with 29 completely removed from play, helping to more closely realign the course with Colt’s original vision, while also taking into consideration of the demands of the modern game.

And while the course’s overall yardage remains at 7,302 yards, the new bunkers, tough pin positions, run-offs and undulating putting surfaces will ensure that whoever wins the coveted title will have to be at the very top of their game.

Last year, over 113,000 fans flowed through the turnstiles during the week to watch the action unfold, and that number looks set to be matched as golf fans flock to see Europe’s finest golfers fight it out for the honour of being crowned BMW PGA Champion. Who will emerge triumphant remains to be seen, but it’s guaranteed to be an enthralling contest.

Twilight Ticket (May 27-28), Sat & Sun) £37
This ticket permits access to the closing stages of the third and fourth rounds from 4pm, and provides entry to the concerts taking place on the Show Stage in the Championship Village, which begin at 5.45pm.

Play starts at 7am on May 25-26. Other times are subject to numbers making the cut. The Celebrity Pro-Am on May 24 consists of two shotgun starts at 8am and 1pm.