What’s round, sometimes white, flies through the air at speeds of more than 150mph, and rarely listens to the person that hits it? 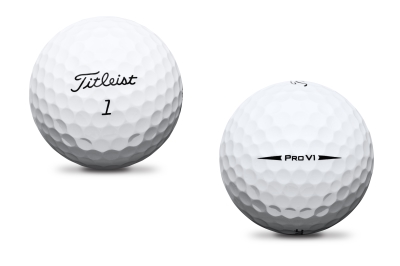 The new Pro V1 has a new core formulation that produces faster ball speeds and less spin on full shots, resulting in significantly more distance than the previous model, taking it on par with the Pro V1x. Shots spin less off the driver, while spin and short-game performance remains largely the same. The 352 dimples are more efficiently arranged in a tetrahedral geometric pattern. Combined with less variation in dimple diameter, this improves flight consistency from shot to shot. 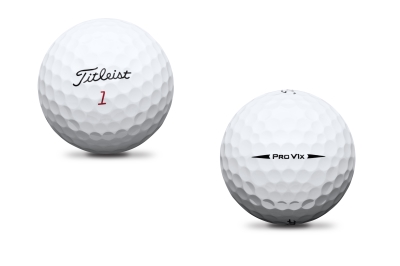 The four-piece Pro V1x is a higher-compression ball (by 8-10 points) than the Pro V1 and feels firmer. It also flies higher, in part because of its spherically tiled, 328-dimple pattern. Players deciding between the Pro V1 and Pro V1x should consider feel – the Pro V1 is softer; flight – the Pro V1 launches lower and has a more penetrating trajectory; and spin – the Pro V1 spins less from tee to green.

Offering tour-level performance at a mid-price point, the new Chrome Soft boasts a four-piece construction, with a dual speed core that promotes even faster ball speed with low driver spin, while offering higher short iron spin on all shots to the green. A soft urethane cover delivers all-round feel, while Callaway’s HEX dimples provides aerodynamic control in all conditions.

CALLAWAY CHROME SOFT X
£32.99 for 12, callawaygolf.com
The Chrome Soft X has been designed to offer a lower spinning, more penetrating, and slightly firmer feeling alternative to the Chrome Soft. Boasting a four-piece design, it features a Dual SoftFast core that increases speed for improved distance, while HEX dimples reduce drag to help it stay in the air longer. A soft urethane cover increases spin control and feedback for better chipping and putting feel. It comes in white, yellow and TruVis colours.

A new dimple pattern and redesigned cores help the new Z-Star and the firmer-feeling Z Star XV carry farther and perform more consistently in the wind. The core has a harder outer layer and a sorter inner layer, which encourages a higher launch angle and lower driver spin, while the new dimple pattern increases lift after the ball reaches it apex. A new cover coating increases friction on short shots, especially from the rough. The XV is ideal for faster swing speeds (100mph+). 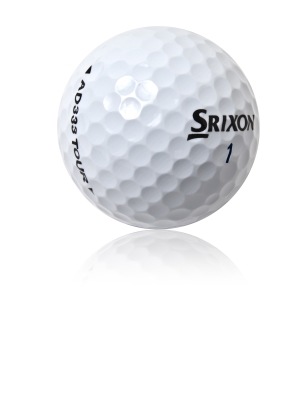 The latest AD333 Tour has been designed specially for golfers that don't posses tour-level swing speeds, but still demand the precision of a tour-level ball. A softer compression gradiented core creates a higher launch and lower spin, which delivers longer distance on all shots, while a soft, thin urethane cover coating increases friction and overall softness to enhance short game control. 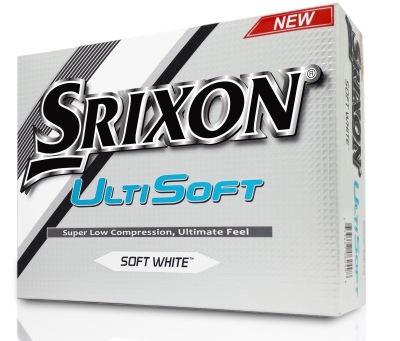 The softest two-piece ball Srixon has ever made, the UltiSoft is aimed at players with low-to-mid swing speeds looking for feel around the greens, but don’t want to compromise on driver distance or control. It has a compression of 40, which, when combined with a soft ionomer cover and an energy gradient core, produces softer feel on all shots. 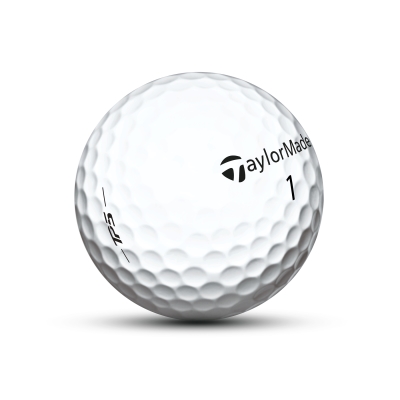 TaylorMade’s two tour-level balls feature a unique five-layer construction, which boasts different depths, compression and material in each layer. This maximises driver and iron distance, while a firm inner cover and soft cast-urethane outer cover also enhance wedge control and greenside spin. The TP5 has softer feel and promotes mid-launch, while the TP5x, which replaces the Tour Preferred X, has a firmer feel with a higher launch, and lower spin on long shots. 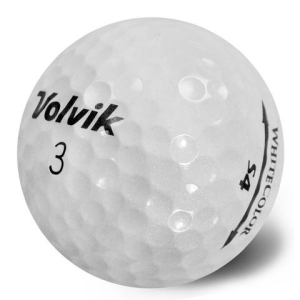 Korean-owned Volvik is one of the leading ball brands in Asia, but its products only reached UK shores last month. Played on Tour by two-time Masters champion Bubba Watson, the S4 is designed for high swing speeds (95mph+). It boasts a four-piece design with a urethane cover enhancing feel and high levels of short game spin, while the dual core centre create low driver spin, and a stable flight. It is available in white, fluorescent green or hot pink.

Featuring more layers than any other ball on the market, the six-layer TW-G6 features a core, four inner layers – which become firmer from in to out – and a urethane cover. They combine to produce a high initial velocity and a higher ball flight off the long clubs, while the ultra-soft outer cover increases spin and soft feel on approach shots. 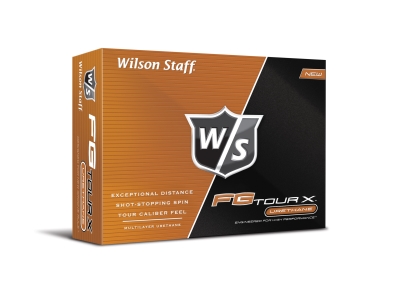 Designed for low-handicappers looking for a softer-feeling, Tour-quality ball, the FG Tour has a compression of just 70 – most tour balls are closer to 100 – and boasts four layers, comprising a soft, rubber-rich core, an inner mantle and outer mantle, and a cast urethane cover. Together they combine to generate tour-level spin and control around the greens, coupled with lower-spinning distance off the driver and long irons.

VICE PRO+
£29.88, vicegolf.com
German golf brand Vice Golf has la range of balls that bypasses the traditional distribution channels to be purchased online directly from the manufacturer. The new Pro+ is a four-piece design that features a urethane cover that offers the high levels of spin on short iron shots, and low spin off the driver. A dual casing and a 338-dimple design offers lower ball flight and extra distance. The balls are sold on volume, so a dozen costs £29.88 (£2.49 per ball), while five dozen costs £107.40, which is £1.79 per ball.

VOLVIK VIVID
Price: £39, brandfusion.co.uk
Aimed at golfers with mid-level with swing speeds (80-90mph), the three-piece Vivid has a compression of just 65, which helps slower swingers gain more distance through lower spin, while providing a softer feel on shots around the green and more consistent flight. It comes in a choice seven different eye-catching colour options of red, orange, pink, green, lime, blue and white.

TAYLORMADE PROJECT (A)
Price: £34.99
The Project (A) is designed to bring tour-level technology – multiple layers, urethane cover and increased short-game spin – to mid-to-high handicappers. Boasting a low compression of 70 (compared to 88 in the original model), which comes from a 33% softer core, it delivers more spin on mid and short irons, while a soft urethane cover provides higher greenside spin, softer feel and improved durability. 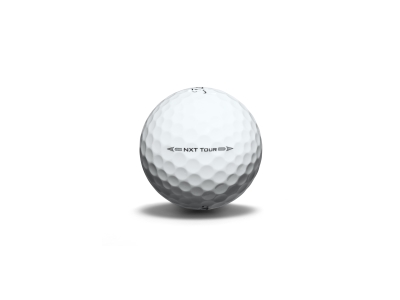 The latest reworking of the NXT Tour, and its softer-feeling sidekick, the NXT Tour S, features a larger dual core, which lowers driver and iron spin, while delivering faster ball speeds for more distance. It also boasts a soft, thin Fusablend cover which enhances control around the green. The dimples have shallower edges to deliver a higher ball flight with a deep peak trajectory. The lower compression NXT Tour S is softer from core to cover for enhanced feel. 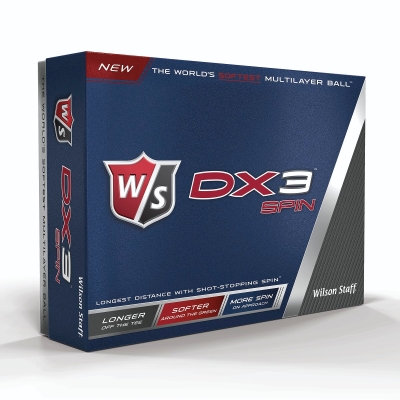 A three-piece design that boasts soft feel and low spin off the driver, along with higher spin and control on approach shots via a softer cover. A new thin urethane cover engages more clubface grooves for improved spin control, while large, flat-bottomed, shallow dimples deliver a stable, penetrating ball flight.

CALLAWAY SUPERHOT 70
£24.99, callawaygolf.com
A three-piece model featuring a ionomer cover, the SuperHot 70 features a slightly higher compression than its predecessor, the Superhot 55, and is aimed at players looking for more velocity off the clubface. The middle layer helps control spin so longer shots fly straighter, while a re-worked Hex dimple pattern produces stable ball flight. It comes in a 15-ball pack. 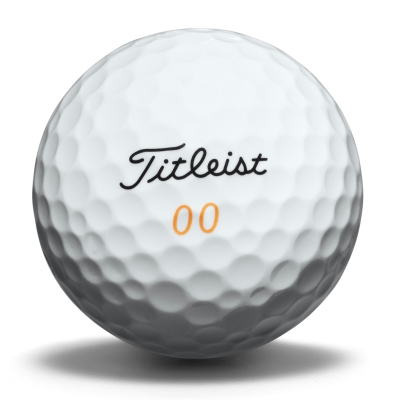 The next generation Velocity boasts a larger, faster core that produces higher ball speed for more distance. The low spin construction and spherically-tiled tetrahedral dimple design delivers a high launch that helps iron shots land at a steeper angle and stop more quickly on the green. A thinner cover combines with the larger core to deliver more playable greenside feel. 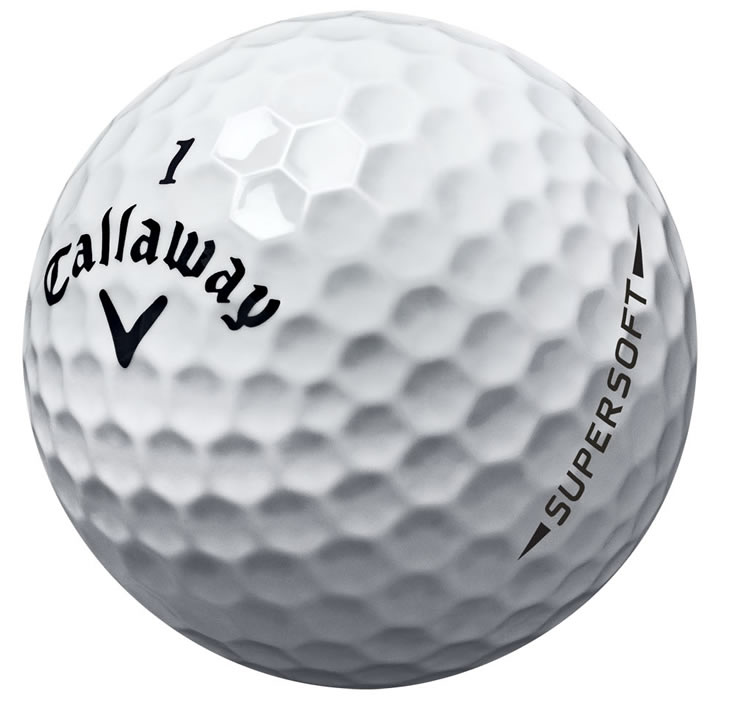 Callaway’s softest ever two-piece ball has an overall compression of just 35, and its ultra-low compression core results in reduced spin for straighter ball flight and longer distance from the tee. Low-drag Hex dimples also contribute to reduced spin on woods, hybrids and irons, although wedge shots still benefit from control and feel courtesy of a softer Tri-ionomer cover. They are available in yellow and pink by the dozen, and a multi-pack featuring a sleeve of blue, yellow, orange and white.

SRIXON SOFT FEEL
£25, srixon.co.uk
The new 60-compression Soft Feel features a softer cover and a lower compression core, and offers improved greenside spin and enhanced accuracy. A re-worked Energetic Gradient Growth Core results in even softer feel on all full shots, without sacrificing distance and accuracy. The Ionmer cover is 11% thinner and 5% softer than the previous model, and features a new dimple design that results in less drag, and more penetrating ball flight. 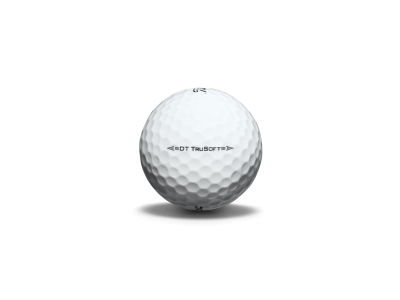 Although 15 points softer than the DT SoLo that it replaced, the TruSoft manages to go further than the SoLo, while retaining spin and control. It achieves this with Titleist’s softest ever ionomer cover, and a new larger, softer core. It is available in a choice of white or yellow.