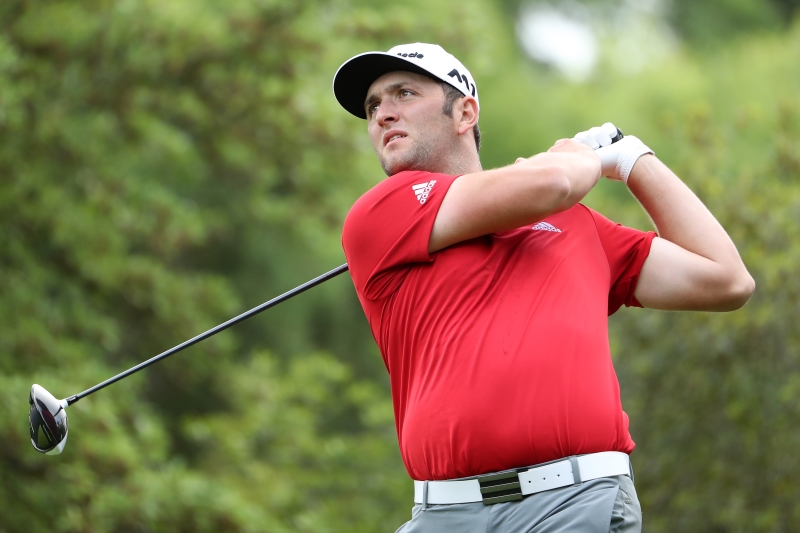 From humble beginnings in a Basque village, 22-year-old Jon Rahm has developed into major force on the PGA Tour after just 12 months as pro. A powerful ball-striker, with the touch and imagination of his hero, Seve, he has the game to go to the very top

As a boy growing up in a small village in Spain, how did you first get into golf?
I probably picked up my first club when I was five or six. There was a driving range near our house. It wasn't a five-star practice facility, by any means. The range balls were like rocks, and the mats were all worn out. The practice bunker was terrible, full of stones, and I remember the putting green was as hard as marble. You had to play a great shot just to get the ball to stop.
As a kid I played quite a few different sports, but I always wanted to be the guy who decides the game. In basketball, I wanted the last shot. In football, I wanted to be goalie. I loved that feeling, of everyone counting on me. But it can be hard to get that in team sports. In golf there is that internal pressure on every shot. I think that's why I fell in love with the game. By the time I was 15 I’d pretty much dropped all my other sports and focused purely on golf.

So how did you go from playing school sports in Spain to moving to America and going to university?
My dad literally dropped me off at the airport and said goodbye, son. Let me know when you get there. No, not really. My dad always told me the future of golf, especially my future, would involve coming to the States. That's something really impressive to think, because not many Spanish players that were my age came or before that came. He told me that If I doidn't like it, the worst that would happen is that I would learn English. It turned out great for me. I had a great experience and became probably the best player I could be.

You studied at Arizona State, where you were coached by Phil Mickelson’s brother, Tim. Can you explain what that was like, and how much of a role Phil has played in your career?
Well, obviously it all started in college. Tim was my coach for four years at Arizona State, so Phil was always a very accessible figure. I pretty much played with him once a year throughout my college career – sophomore, junior and senior year. And that's kind of how it all started. Apparently, he had nothing but nice things to say about me, which is a hugely motivating thing to hear. When someone of his stature says he thinks you’re one of the best players he’s ever seen, and that was even before I even turned pro, it naturally gave me a lot of confidence. But I was like, okay, he's just trying to be nice. But, you know, once I turned pro, and I started doing what I'm doing, I started believing he was right, and I'm pretty close to getting to that point now.
Phil always has very good advice to pass on, and although he might not always be around to talk to, whenever he can he'll give me tips and help me out. He’s certainly given me the confidence to believe that every time I tee it up I can win. It might sound a bit arrogant, but it’s genuinely the way I feel.

You finished fifth in the Phoenix Open in 2015 as an amateur. What made you continue your college career rather than simply turning professional?
There were two reasons. Number one, I promised my parents that I was going to graduate. Simply that. There was a no chance I was going to turn pro early, no matter what happened. And number two, is that when I finished fifth in Phoenix, I just didn't feel that I was ready to turn pro. I felt like I wasn't mentally ready, and there was a lot of things to take care of before I was going to feel ready to turn professional.
Obviously, I was the only one from my family in the country. I had no place to live, no golf course to practice at, no resources. So I don't think it would have been the smartest thing to turn pro. And my idea was always to try to get my PGA Tour card in America. Had I gone back to Europe, maybe I would have made a different choice, but I wanted to graduate and I promised my parents. I had a great time in college. If it could have been a little longer, I probably would have stayed a little longer, too. PGA Tour careers are almost 30 years long, so I think that in the large scheme of things, one or two years really doesn't make a difference.

You graduated from college last summer and went straight to playing on the PGA Tour. Was the timing of you turning pro as you had planned?
Yes, I suppose it was. I qualified for the US Open as an amateur, so I wanted to play in that, and then the plan was to turn pro straight after. I then qualified for the British Open, so I had to play in that as a professional. In August I was given temporary membership of the PGA Tour, which gave me invites to half a dozen events. I was lucky enough to finish in the top three in two of the first three tournaments, so it was a pretty good start. My immediate goal was just get my PGA Tour card, so to come close to winning my first event at the Quicken Loans was amazing. I got my card way faster than I thought, and I’m really happy with the way I've played since. I’ve missed one cut in 15 events as a pro, so things are going great.

You won your first tournament at the Farmers Insurance Open in January in only your 12th event as a pro. What was that like? 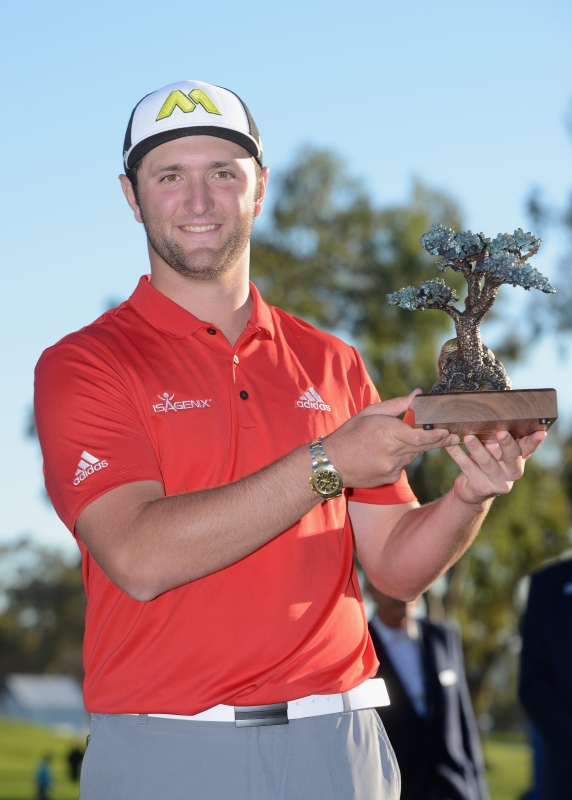 It was amazing, not only because it was my first win, but what it did for the rest of my year. It gave me a schedule. It gave me an invite to the Masters, the other Majors, the WGSc, the Players. It really opened everything up for me and allowed me to plan – to plan the breaks, plan what I can work on harder, plan what tournaments to play, and when to rest. 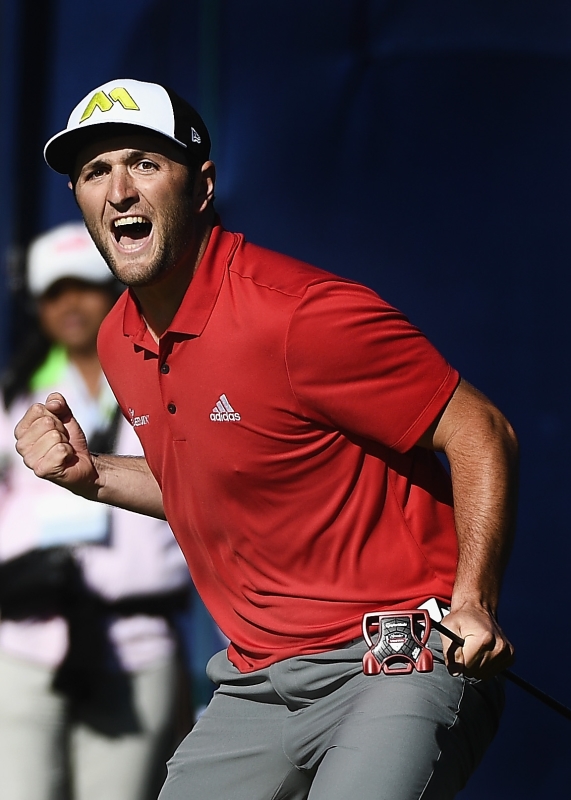 Talking of WGCs, you came up against Dustin Johnson in the final of the Dell World Match Play in Mexico. What was he like to play against, and what did you take from the experience? Well, I’ve tried to forget how I played on the front nine. I really don't know what happened. I played the first couple of holes perfectly, then I hit a great tee shot at the third, but got a bad bounce. After that, things went south really quickly. I started missing all kinds of shots and short putts, and, to be honest, I kind of lost control of my body. It was it was working independently from my mind. I was trying to focus, and do my normal routines, but things just weren't happening.  Once I got back into the groove, I learned that when I'm playing well, I’m a match for the best player in the world. Even with a mistake on 12, another missed short putt, I had the edge on him on the back nine. And if I had been a little bit luckier on 17 and 18, maybe I would have had a chance to win the match, or at least go into a playoff, but the damage was already done. 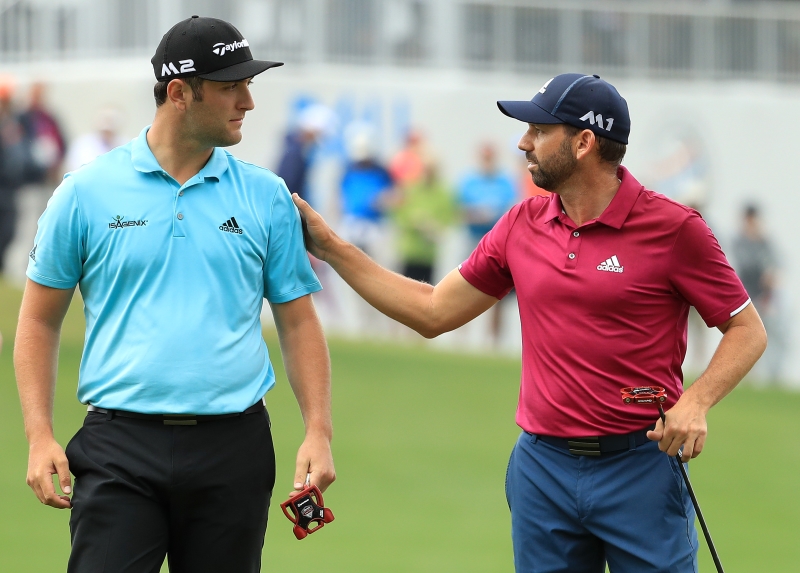 Speaking as a Spaniard, it's hard to explain all the feelings that come to mind.
The year I was born, José Maria Olazabal won his first Masters, and Seve had already won two. It really is a place that seems to suit the Spanish character, the Spanish way of playing, as Sergio [Garcia] proved.
There's not many places in the world where golf is respected the way it is at Augusta. For people like me, who have just turned pro, it doesn't get much better. We all know that the Masters is special, but I tried to treat it like any other week, by keeping my routine so that I could prepare my body and my mind the exact same way.
Overall, I played OK, but I was disappointed with the way I finished the weekend, shooting 78. I was six shots behind the leaders, so obviously I had a lot of ground to make up, and I had to go out and be aggressive, as I really had nothing to lose. I made some typical rookie Augusta mistakes - misjudged the wind, left myself in a couple of impossible spots, so it was a little frustrating. I missed a lot of birdie putts from inside 10 feet, but I guess that’s the nature of Augusta. Despite that, it was truly one of the best weeks of my life. Even just being on the chipping green on one of the practise days was an amazing experience. It was really incredible just to walk down Magnolia Lane. I’m hoping I can come back for many years to come.

Looking back when you turned pro last year, did you ever imagine yourself playing in the Masters, and ranked inside the top 15 in the world?
When I turned pro in June I didn't look farther ahead than the end of August. I had seven tournament to try and get my Tour card. Luckily, I did it earlier than that, but that's what my focus was on. I try not to look too far ahead. I try to stay in the present. In the fall I decided to focus on those three events I played and try to play the best as possible, and after the break I focused on playing the West Coast swing and see how things went. Luckily it went very well for me, so I'm able to focus further ahead now.

How much an influence was Seve Ballesteros in shaping your career?
To all Spanish golfers, the name Seve Ballesteros means everything. I think José María [Olazábal], Sergio, Miguel [Ángel Jiménez] and the others have all been great thanks to the reference of Severiano, and having someone not only from Spanish golf, but from world golf making it easier to us to reach where we have. I think that it’s a little bit of the Spanish character, the arrogance, which helps us play as we play.