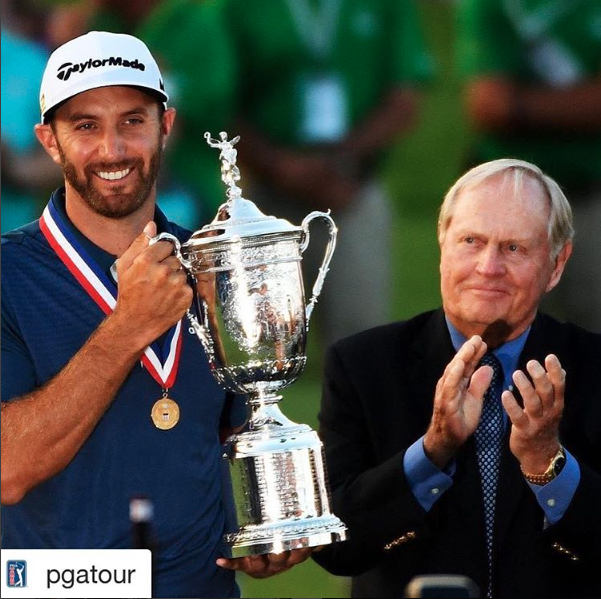 On Sunday June 19th, Dustin Johnson won the first major tournament of his career. Playing some fantastic golf in a course that dragged down great golfers like Jason Day, Jordan Spieth and Rory McIlroy. The 31 year old golfer was able to overcome the difficulties on the course and on the rulings that cost him one stroke. Despite all, he was still able to finish 4-under par and take home the trophy.

Fantastic as it is, we can’t help ourselves from celebrating the predicted results driven from the first Hole19 Survey on the U.S. Open. Who would say the community had such super-powers? ✋

The survey was available from Saturday June 18th to all users that opened the App, with a simple question “U.S. Open: who is taking the trophy?” It took a small amount of time to know Dustin Johnson would be the most probable winner of this edition of the U.S. Open, according to the Hole19 Community.

In total, 38% of the respondents successfully voted for Dustin Johnson. An amazing result that not only depicts the large engagement of the Hole19 community as it also highlights the great golfing knowledge, mixed with a sprinkle of luck.

Take a look at the complete data bellow, extrapolated 11 hours before the end of the tournament:

The next survey of Hole19 will occur on The 145th Open at Royal Troon, stay tuned!