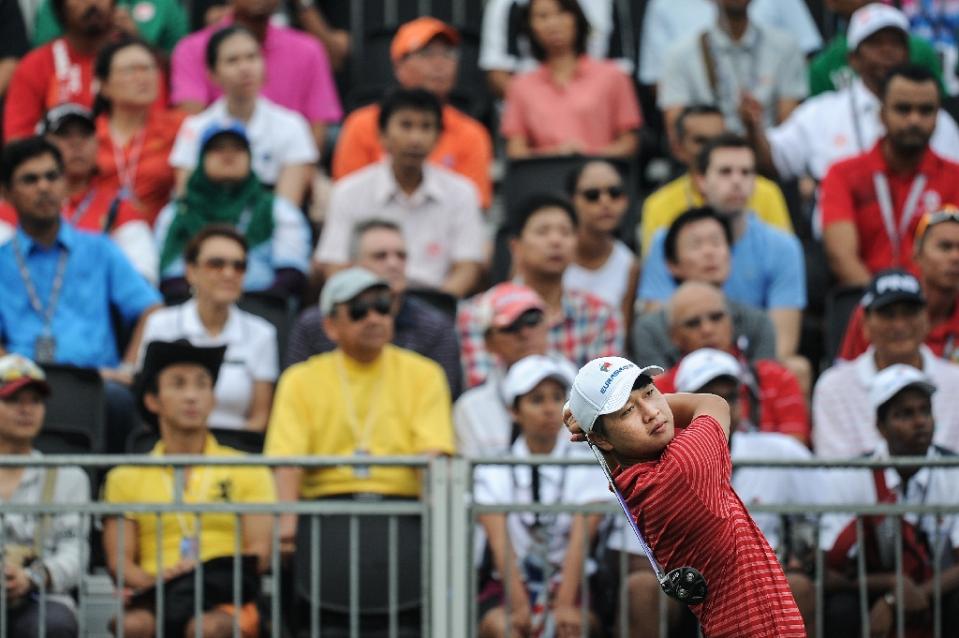 When doing our look back at the month we’ve laughed cried and even been shocked at some of the things we’ve seen. And that’s just our founder, Anthony Douglas’ wardrobe. To say May delivered some of the best golf stories we have ever seen would be an understatement.

We could be here telling you about Danny Willett’s blow up at the BMW PGA Championship or perhaps Jason Day's desire to be a dominant world No.1. But that isn't what this forum is for. We want to look back at the irreverent things. The type of golf stories you send to your buddies when talking about the game and where else to start but here...

We like Jurassic Park as much as anybody. Even the latest sequel was pretty good. But it’s not something we would want to see live on the course. So, when a giant alligator decided to take a stroll on the green at Buffalo Creek Golf Course in Florida, it’s going to make worldwide news. Anybody fancy a round in Florida? Anybody? Anybody…?

From giant, sharp teeth likely to do some damage to, not. We loved the latest golf shoes from Puma (see what we did there?). A new addition to the IGNITE range, these golf shoes are spikeless and look very cool. Check them out on this Golf.com article.

Back to golf. Everybody loves a trick shot. Everybody loves Jordan Spieth. So, when the world number one pulled of this little number, the golf world went into meltdown. Check the video out on the PGA.com

And finally, When American journeyman Will Wilcox stepped on to the tee at the signature 17th hole at TPC Sawgrass there had been 6,300 shots played since the last hole-in-one, achieved by Miguel Angel Jimenez in 2002. That long drought came to an end when the wiry 29-year-old played a shot he will remember for the rest of his days. His tee shot bounced four feet from the hole, took a little hop to the left before disappearing to provoke scenes of euphoria from the protagonist. He clenched his fists like he'd scored the winning goal at a cup final. Check it out here.