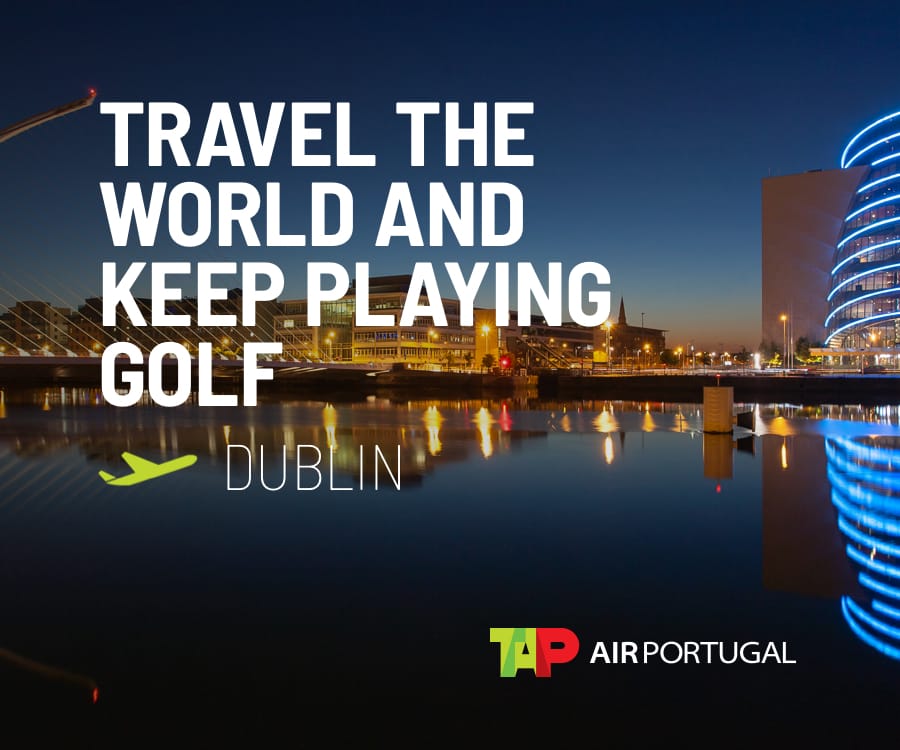 Travel to Dublin and get to know a modern and bustling city, where the Irish spirit is present. Head to Temple Bar, the centre of the capital's cultural and nightlife, but do not miss the Guinness Storehouse.

After getting to know the history of Guinness beer, head to Trinity College, where notables such as Oscar Wilde and Samuel Beckett studied. From here, drive to Grafton Street, one of the main streets of the Irish capital, and on to St Stephen's Green.

Dublin is one of the new destinations for TAP Air Portugal where you can discover the best golf courses nearby and track your game with the Hole19 App.

Golfing on the Emerald Isle

When you head to Ireland for your next golfing holiday you'll surely find an abundance of quality golf courses to suit golfers of all levels.  With the many championship standard links courses and inland tracks to choose from, what is without doubt is the fact that, even if you remain in the immediate vicinity of the Irish capital, you won't be left wanting when it comes to great golfing opportunities.

Here are three to whet your appetite...

This natural link golf course has been home to a number of important events over the years, including the Irish Open and is viewed as one of the best on the island of Ireland while proving a fair test for amateur golfers.

The views from Portmarnock's own sandy peninsula extend as far as the south of Ireland's Eye while on a clear day you will see the Mountains of Mourne perched majestically on the horizon.

Located just four miles from the city centre on Bull Island in Dublin Bay, Royal Dublin Golf Club boasts a slightly underrated golf course which is a must for your list and will not disappoint.

As with Portmarnock, this course has also seen its fair share of Irish Open action with its flat, narrow fairways calling for accuracy off the tee.  While Royal Dublin can play as a bit of a beast - especially when the wind is up - you can expect an exceptionally friendly welcome. 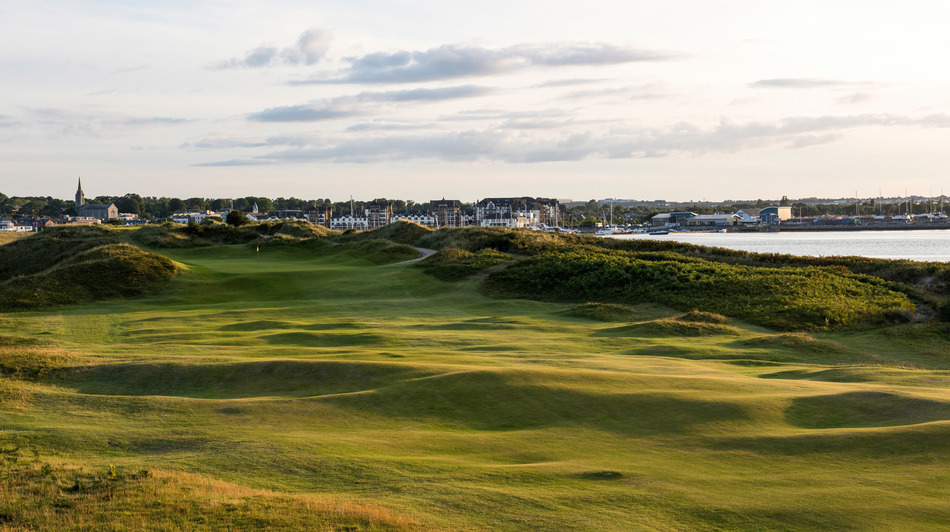 Bordered by the sea on three sides, this Championship Links course is set along rugged terrain and nestled between the highest sand dunes along the east coast.

Less than half an hour from the city centre, this superb facility sits in the tranquil estuary between Donabate and Malahide and it was selected as the host venue for the 2019 Amateur Championship.