Is crushing it on the Par 5s at the Masters really the key to winning? I seem to hear this a lot.

To evaluate, let’s take a look at players’ scoring for the week on the Par 5s versus their overall score (for this I consider only players that made the cut): 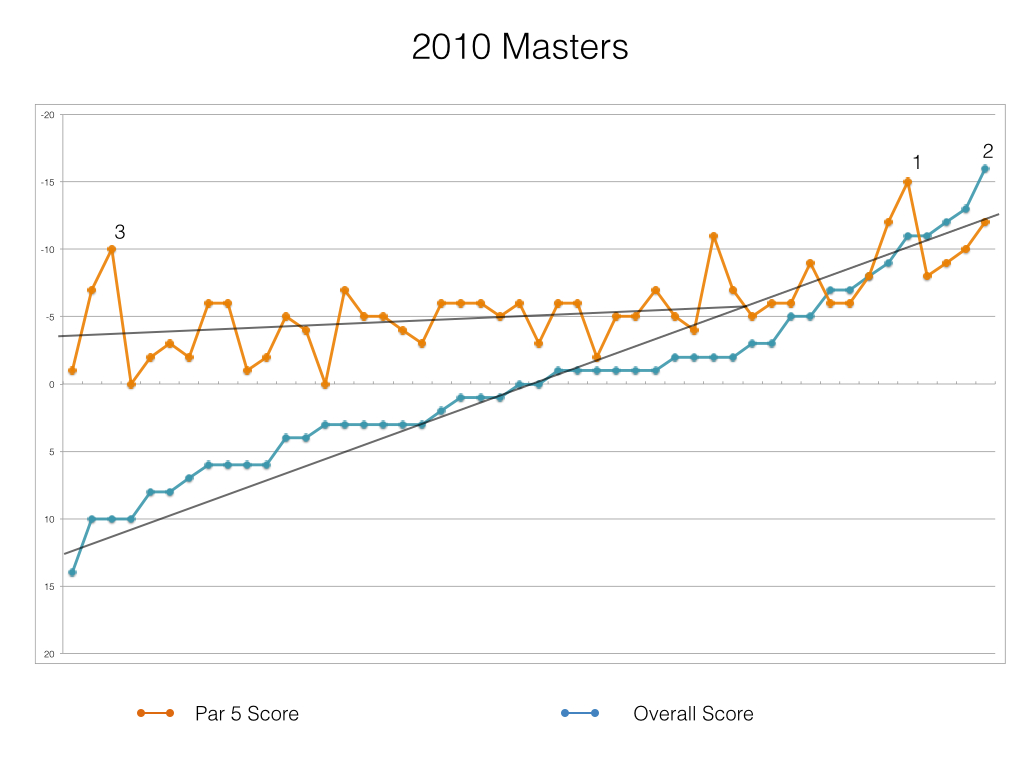 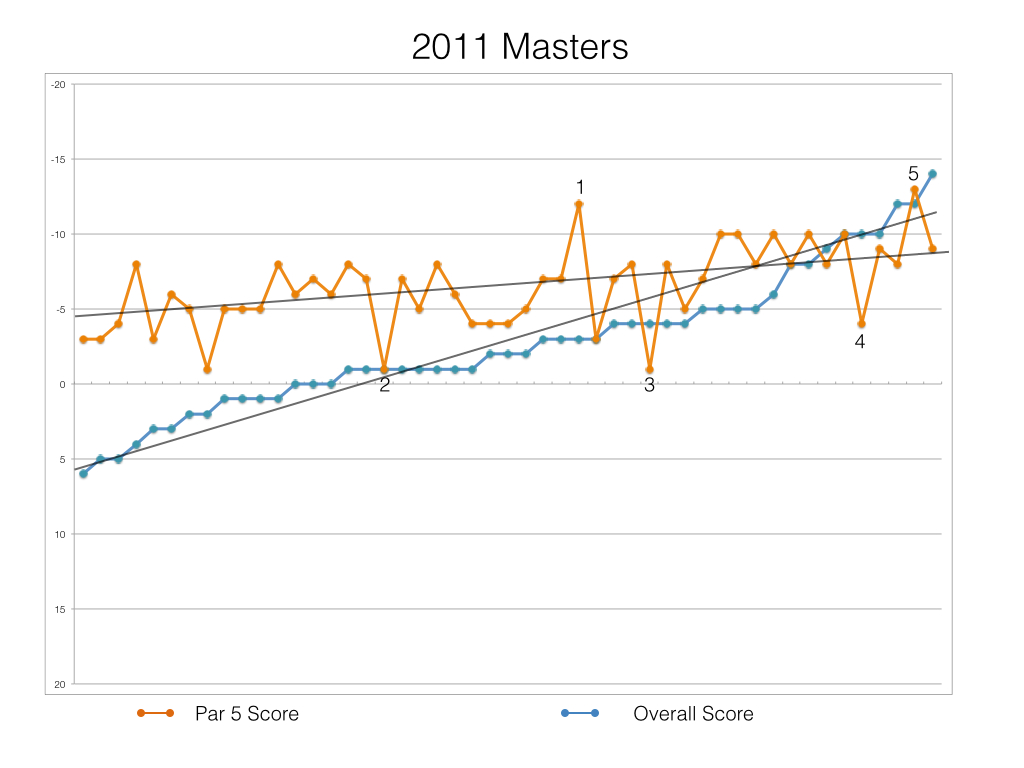 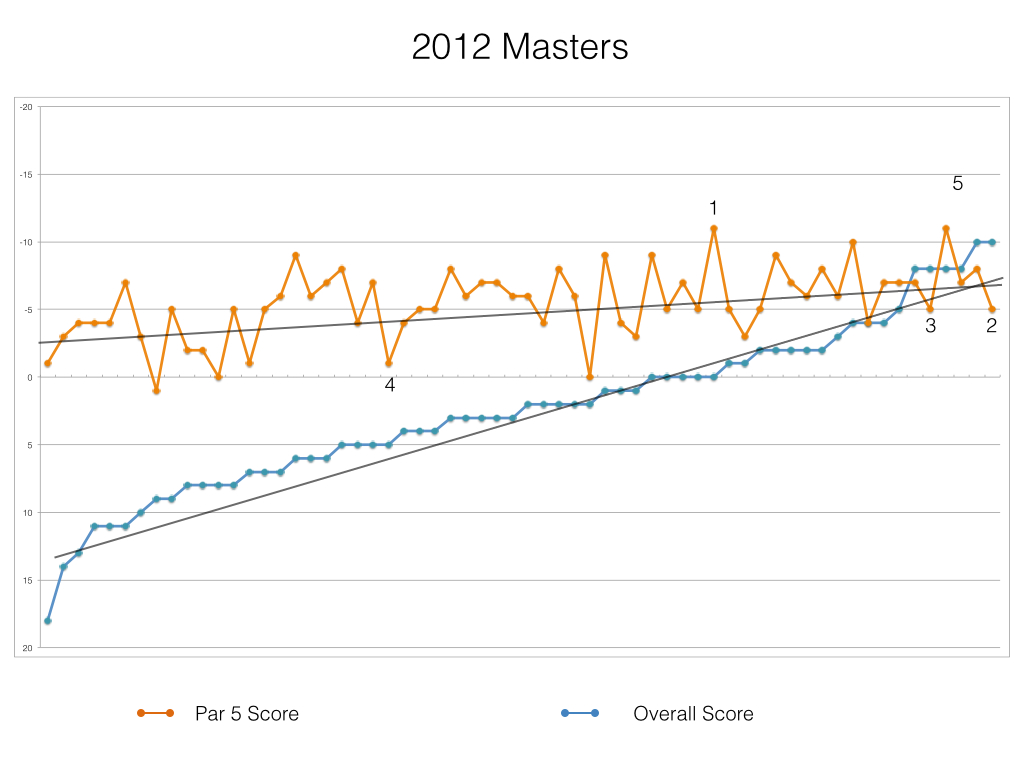 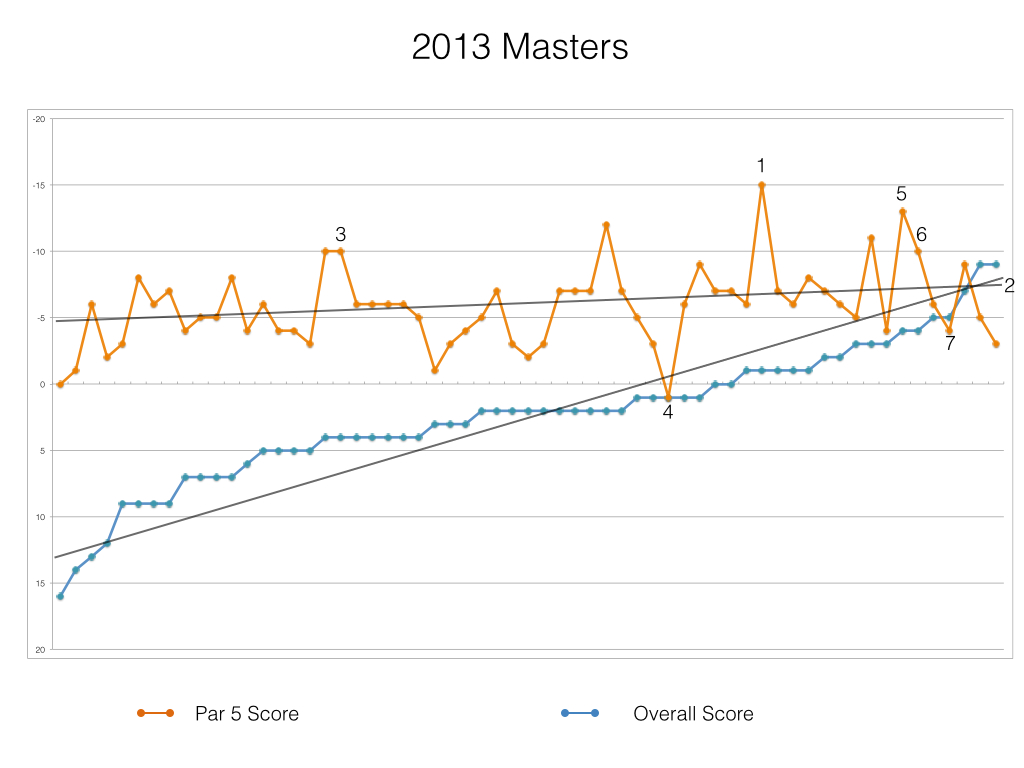 A Note on Overall Course Difficulty

It looks like Augusta’s been playing harder as of late. Average score among those making the cut has gone from Even in 2010 to -2 in 2011 to +2.5 each of the last 2 years. It’s looking like the average this week will be several over par as well.

Anybody else notice any interesting trends in these scoring graphs? I'm curious about the slight but consistent S-shape in overall scoring (blue line) around the trend line...Get in touch @Stewza3.