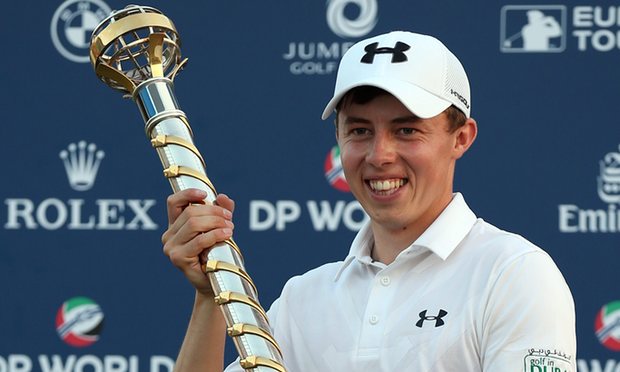 Hole19 brand ambassador Matt Fitzpatrick finished his season in style by securing the DP World Tour Championship in Dubai and, with it, a sixth place finish in the Race to Dubai standings.

The Englishman's birdie on his 72nd hole of the tournament delivered a second win of the season, after he had picked up the Nordea Masters trophy back in June with a 3 shot victory over the Dane Lasse Jensen.

Matt had been at the head of affairs throughout and, despite a mid-round wobble, was able to hold his nerve to sink the winning putt on his way to a final round 67, and cumulative 17 under par.

A wonderful way to cap off an already impressive year. 2017 is full of excitement and promise for the first English DP World Tour Championship winner since the inaugural event in 2009 when Lee Westwood prevailed.

Congratulations go to Matt from all within the Hole19 community.

What did you think of his win? Make sure to tag him on Hole19 and let him know!