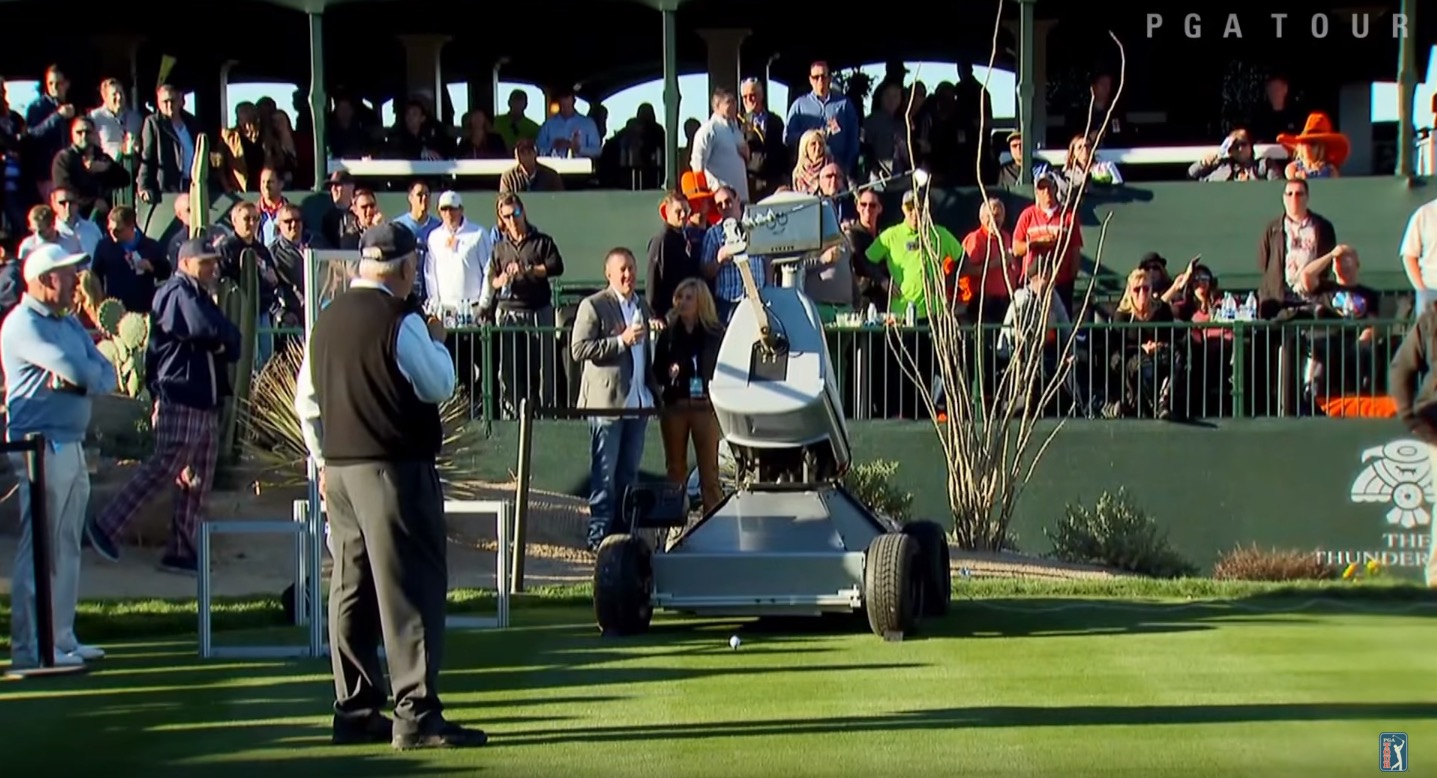 You know what happened this month? My friends started asking when we get back on the course. That means golf is rearing it’s head after a short (but unwanted) Winter hibernation for many. Much like the first blossoming flowers of Spring, here are some other things we saw this month that make us feel warm and fuzzy both inside, and out.

Here’s a great story. We may be some time away from the future predicted by the Terminator movies back in the 1990’s but robots are starting to make their mark on the world. Golf is not immune to this machine-led revolution as was reported by the tech website, The Register. The robot in question is called LDRIC (Launch Directional Robot Intelligent Circuitry) as a homage to Tiger Woods' first name of Eldrick, and it was the guest star at the Phoenix Open, nailing a hole-in-one at the 16th.

The Australian government is tired of unemployed people declining a job for trivial reasons. So, when a man refused to take a job because it interfered with his golf schedule, it wasn’t well received. So much so that he’s been used as an example of ‘what not to do’ in the latest drive to get people into work in the country, as featured in a piece by the Associated Press.

We love this, and not because it’s probably one of the most striking image-led stories we’ve ever seen. (Seriously, you need to see these shots). This piece in Golf Digest is not only very cool, but it serves as a great way to reinvigorate the golf sector. If you’re ever looking for test subjects, sign us up.

Mini golf has always been seen as a bit of fun for the family. This mini golf course in Venice, Italy, is not only crazy but it has things to say politically. The course was put together by Doug Fishbone, who has explored some of the darker sides of the leisure industry in a way that's not too heavy-handed. Doug Fishbone’s Leisure Land Golf is at the New Art Exchange (Nottingham, UK), 1 April to 19 June.

Finally, we know the weather hasn’t been great, but spare a thought for Christian Ewing who, has to endure hail the size of, well, golf balls.