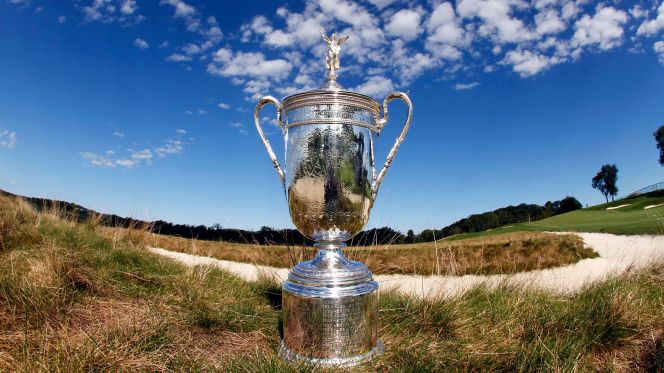 The second major of the year is upon us and today, the golf world will turn its focus to western Pennsylvania as the 116th U.S. Open returns to Oakmont Country Club. Like any Major, it’s attracting a lot of attention - and it’s not hard to see why. Here’s a few things currently getting the golf world talking:

The weather - We have English people in our team. They talk about this all the time but it actually looks like this weekend it might be a problem. According to AccuWeather’s senior meteorologist, the worst weather conditions during the tournament will be today (Thursday), as there will be the potential for a line of severe thunderstorms to roll through during the afternoon hours. The first group of golfers will tee off at 6:45 a.m. EDT on Thursday.

Trees - The Pennsylvania country club has felled 7,500 trees since it last hosted the U.S. Open. The wooded areas that lined the storied course for decades are virtually all gone, casualties of an effort to restore the course to its original, links-style design, while you can now see every hole on the course from the iconic Oakmount clubhouse behind the 18th green. Everybody is happy apart from the squirrels.

Tough greens - Charl Schwartzel said this week that Oakmont has the most difficult greens about. In fact, The U.S. Open is often seen as the toughest of golf's four majors to win, with tight fairways, thick rough, and punishing pin placements to add to the insanely hard to read, let alone play, green. Par is considered a good score.

Ryder cup places - Majors are a test of discipline and of patience and the person who wins will not lose sight of the fact that there will be a champion on Sunday night and go a long way to cementing a potential Ryder Cup spot. All (European) eyes will be on Danny Willett and Matt Fitzpatrick to see if they can land a place in Darren Clarke’s team.

Rory’s putting - He’s changed grip. We’re not sure it’s working. He says it’s going well though so let’s wait and see. If all else fails, he’s still hitting it like a God off the tee anyway and, give the state of the greens (see point three) he should just do a ‘Happy Gilmore’ and avoid getting the putter out all together.