Get Excited to Play Your Next Round 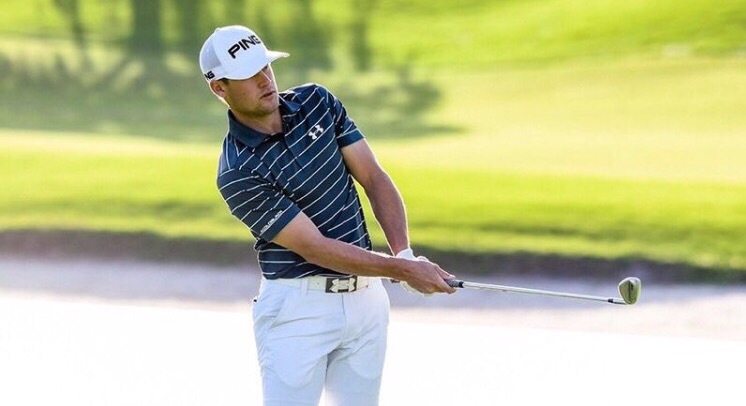 Taylor was born in San Angelo, Texas on 28 July 1993, but was raised predominately in Edmond Oklahoma. Golf wasn't his first love - for most of his childhood his father coached college baseball and Taylor favoured pulling on a baseball mitt to a golf glove.

At around the age of 14 he started focusing more on golf and quickly become one of the leading juniors in the country. The result was a string of recruiters from leading colleges clamoring for him to join their programme.

After some consideration, he opted to follow in both his parent's footsteps and become a Razorback by joining the University of Arkansas. His close relationship with coach Brad Mcmakin was also a factor in his decision to head to Arkansas.

Following a successful college career, by early 2016 Taylor was now one of the leading collegiate players in the country - Now was the time for him to embark on his professional playing career. 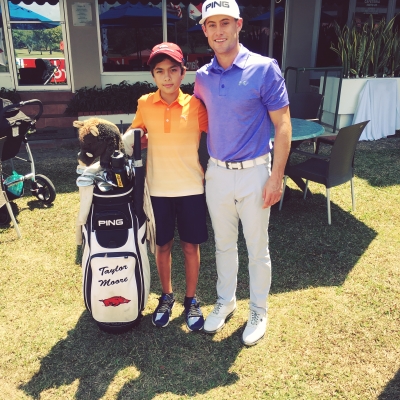 Taylor turned professional after the NCAA Finals in June 2016 and headed to Canada to play on the Mackenzie Tour, where he finished second in his first event as a pro. He went on to win his fifth event, The Staal Foundation Open and finished the season third on the Mackenzie Tour Order of Merit.

Not a bad start to a professional career!

At the time of writing, Taylor is ranked 29th in the Web.com Order of Merit. The top 25 earn their tour card so he's on track and well placed to make a push for a PGA Tour card for the 2017/18 season. 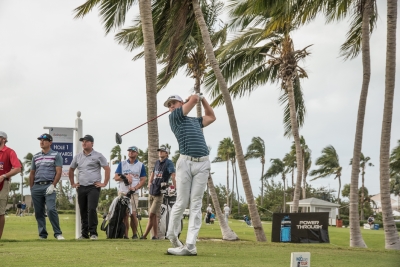 Taylor already has the backing of the game’s leading sponsors; Ping, Titleist, Under Armour and PowerBar. They recognise him as one of the hottest golfing prospects out there and all believe it's only a matter of time before he's making headlines on the PGA Tour.

Check out this recent Q&A Taylor did with Web.com.

The future is very bright for this young guy. He has the altheticism, ball-striking and powerful mindset that can take him all the way to the top of the game.

Taylor will be producing a number of golfing tutorials for us to share with Hole19 users. What a great guy!

Remember the name and watch this space for those videos.