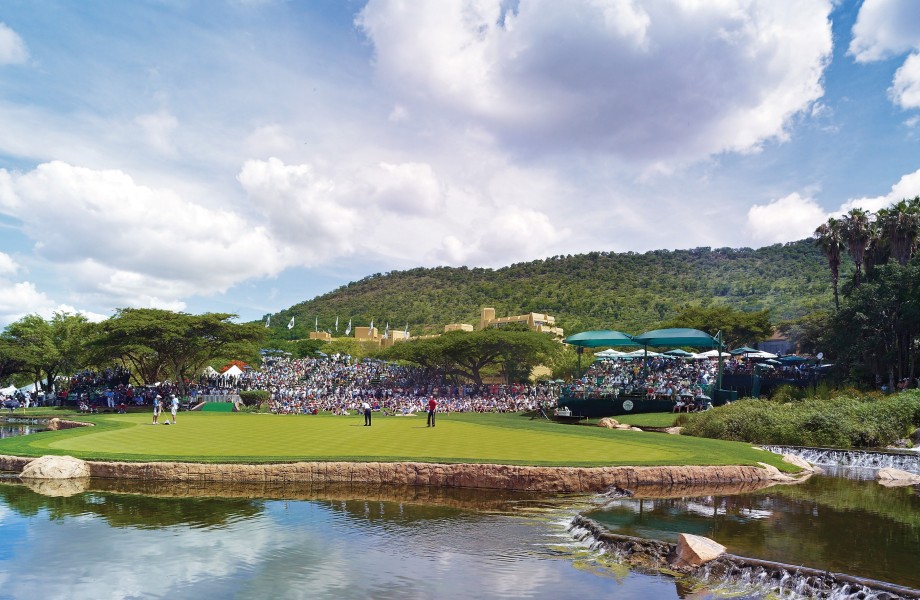 A tournament often labelled ‘Africa’s Major’, Sun City’s Nedbank Challenge provides a welcome boost to the newly formatted 2016 ‘Final Series'. Having only joined the Tour schedule in 2014, it has very quickly become one of the season-ending trio of events which help determine the overall champion on the European Tour.

72 of the world’s best players will descend on the North West province of South Africa this week and, for those firmly in the mix to lift the 'Race to Dubai' title, the Nedbank provides the penultimate opportunity to make a meaningful move in the standings as we take the final step towards next week’s DP World Tour Championship in Dubai.

Likely the most famous golf course in South Africa, the Gary Player Country Club has been home to the Nedbank Golf Challenge since 1981 and is regularly lauded for its immaculate presentation and challenging layout.

Built within an extinct volcanic crater, the facility is also famed for its considerable course length and wonderful Pilanesburg Mountains backdrop. Many believe it compares with the very best in the world and this, along with the promise of a fair and formidable test, will ensure a most deserving champion emerges this Sunday.

The 2015 Nedbank Challenge was won by Marc Leishman and he became only the second winner from Australia to pick up the title after Robert Allenby's success in 2009.

A six-shot victory in South Africa was the perfect tonic for Leishman after his wife Audrey had fallen seriously ill in April of the same year with toxic shock syndrome – a rare but life-threatening bacterial infection.

Last week's impressive performance by Thorbjorn Olesen has seen the Dane catapulted to within the top 10 in the official 'Race to Dubai' standings. The three-shot victory over Englishman David Horsey was his first win since the 2015 Alfred Dunhill Links Championship and proved Thorbjorn's great mental resilience after a seven shot lead was reduced to just one mid-round.

Danny Willet's poor showing at Regnum Carya Golf & Spa resort saw the current Masters champion fail to capitalise on the absence of his main competitor for the ‘Race to Dubai’ title, Henrik Stenson. The Swede continues to hold a 252,164 point lead and comes to Sun City determined to strengthen his grip on the title he so badly craves.

Previous winner Martin Kaymer returns to the scene of his only victory in 2012 – the year of his famous winning putt at Medinah – with designs on returning to the top 10 of the standings. The German has been showing glimpses of his previous major-winning form and could be note-worthy in trying to pick a victor at this year’s event.

With such a strong field on show, almost every player will be teeing it up on Thursday with a realistic chance of taking the spoils come Sunday.

For a resort like Sun City, which has been chiseled and fashioned with the very idea of entertainment in mind, the self-proclaimed ‘world within a city’ will be hoping the players put on a show this week which provides just that.