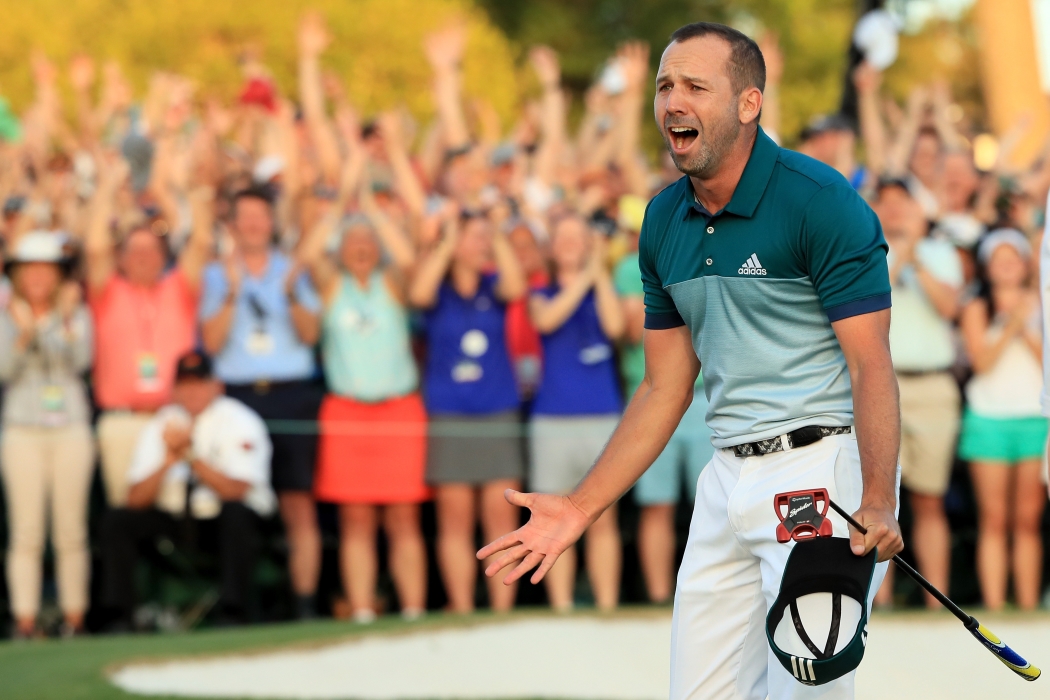 “Now I'll have to be the best player to have only won one major, but I can live with that!”

You’ve obviously waited a long time to win a major championship, but now that you’ve finally done it, what is your overriding emotion?

To be totally honest, I'm very happy, but I don't feel any different. I'm obviously thrilled about what has happened, but I'm still the same goofy guy, so that's not going to change. Sure, there were times when I wondered if I was ever going to win one of these things. I've had so many good chances, and either I lost them or someone has done something extraordinary to beat me, so it has crossed my mind a few times that it might never happen. But lately, for whatever reason, maybe it’s to do with age, I've been thinking a little bit more positively about everything. I accepted the situation that if, for whatever reason, it didn't happen, my life is still going to go on. It's not going to be a disaster. But now that it's happened, it’s great, and life still goes on.

What was going through your mind after you missed the putt to win on 18? Did you think you’d blown it?

First of all, I hit a great putt on 18. I've hit that putt before in many practice rounds. I hit it twice this week, and both times it went left. So I was very comfortable with my read. I thought it was just a right‑edge putt, obviously very quick, but on the right edge. Unfortunately it didn't want to break. But I knew I was playing well. I was very calm, much calmer than I've felt probably in any major championship on Sunday. But obviously Justin wasn't making it easy. He was playing extremely well. But I knew what I was capable of doing, and I believed that I could do it. Thanks to that, I was able to do it.

Obviously you've had so many disappointments in Majors over the years, but at what point did you really believe that you could do it this time?

I don't want to brag about it or anything, but from the drive to the course this morning, I felt very calm. I felt very at ease. Even though yesterday I played well, I felt nervous. It was tough to control my emotions sometimes. But today, I felt comfortable all day. Obviously the 10th is not my favourite hole, and I didn't play that very well, but even after the two bogeys there and at 11, I knew there were some holes to come that I could go after, and I knew that I would probably have a chance to get back into it.
The par on 13 was obviously a big turnaround for me. I had started to doubt my reads on the greens, so to make that putt really got me back on track. I then made a great putt on 14 for birdie, and hit a great shot into 15, and made that eagle putt. I hit a terrible putt on 16 – that wasn't very nice – but then 17 and 18, I played them very, very well. You know, under the gun with the pressure and everything, it's not that easy to do. So that gave me a lot of belief.

What was your mindset going into the playoff?

For some reason, when I get into playoffs these days I feel quite comfortable. I felt like I'd already had an amazing week no matter what happened, so I felt like I could go out there and kind of freewheel it. Obviously, I hit two great shots and a wonderful putt to finish, so it worked out well in the end.

What are you most proud about in terms of your overall performance?

I’m definitely most proud of my mental strength. The way I managed to stay positive, even when things weren't going that well, as was the case on 10 and 11. Even on 13, when I hit it into the bush, I didn't feel like I’d hit that bad a drive, and therefore I felt like I was still ok. In the past I would have let a shot like that get to me, and I would have started blaming my caddie or whatever, but I felt I was in control of my emotions this time. I was like, well, if that's what is supposed to happen, let it happen. Let's try to make a great five here and see if we can put on a hell of a finish to have a chance. And if not, we'll shake Justin's hand and congratulate him for winning.

What was it like to hear the crowds chanting your name around the 18th green? Were you able to take any of it in?

I don't know, there were such a lot of things going through my mind. Obviously my family, my friends, and everybody that has supported me, and then, of course, thinking about the moments when it didn't go the way I wanted. So a lot of those things came through my mind, and some of the moments I've had here at Augusta that maybe I haven't enjoyed as much, and how stupid I really was trying to fight against something that you can't fight; and how proud I was of accepting things. And this week, I've done it better than I ever had, and you know, because of that, I've looked at the course in a different way throughout the whole week.
I'm not going to lie; it's not a golf course that I'm comfortable with, because I've become more of a fader than a drawer of the ball, and this golf course is asking you to hit a lot of draws. But I knew that I could still work it around, you know, if I just accepted what was happening. So I'm very proud of that.

How much were you thinking about Seve [Ballesteros] this week, and more significantly today, which would have been his 60th birthday?

He definitely popped into my mind a few times, there's no doubt about it. And I'm sure he helped a little bit with some of those shots and some of those putts. It's been an amazing week, and I'm going to enjoy it for the rest of my life.

Can you talk about the note that José Maria Olazabal gave you at the beginning of the week, and what that did to help you?

I had a lot of notes pinned to the mirror in my bathroom – from friends, family and from Angela [his fiancé], and yes, one from José Maria. All those things helped a lot. Obviously, José Maria's was very special, because he's my idol. Both he and Seve were my golfing idols when I was growing up. His note said "I'm not sharing my locker at the moment, and I hope that I get to do it with you." He's a great man and we've had a great relationship for many, many years. To be able to join him and Seve as Masters champions from Spain, it's unbelievable.

Justin and you are obviously great friends, what did he say to you at the end?

We gave each other a big hug and he said: "Nobody deserves it more than you do. I'm very happy for you. Enjoy it." He played awesome – it was a great battle throughout the whole day.

How happy are you to lose the tag of being the ‘best player not to have won a major’?

It's okay. The way I tried to look at it was in a positive way. Obviously, I like where I stand now better, but it's always nice to be recognised or seen as the best player not to have won a major, because at least best player, there's a good thing there. So that's the way I looked at it. Well, I don't have to answer that anymore. Now I'll have to be ‘the best player to have only won one major’, but I can live with that!