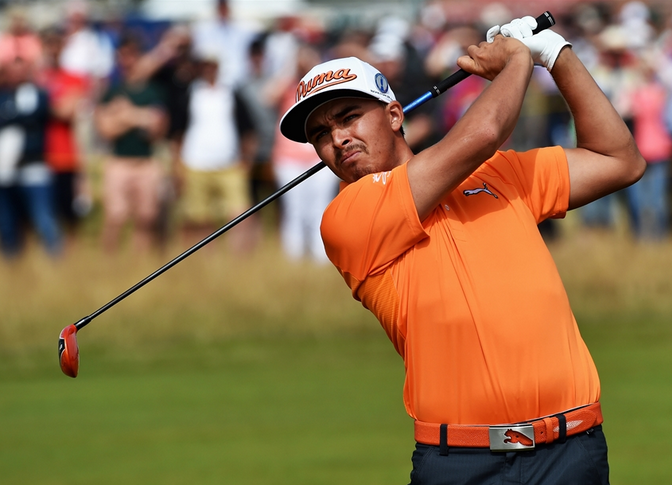 Last year, when I said the words "Rickie Fowler," what were the first things that came to mind?

That was then. Now? When I say "Rickie Fowler," what are the first things that come to mind?

Not winning (yet), but beating a LOT of people.

I love this stat I saw on Twitter a few days ago, inspired by Jamie Kennedy:

His demeanor on Sunday was impressive.

Most impressive was that he never mentally got sucked into thinking that he was playing match play with Rory.

On the contrary, he looked like a guy that was sticking to his game plan and playing to shoot the best number possible. Plain and simple. He never flipped into "gunner-mode," where one thinks "I need to go pin-hunting and put some pressure on this guy." That's when you get into trouble. But Fowler? A bogey-free 67? Are you kidding me? It didn't seem like he even played particularly well. He just took what the course gave him.

Let's not forget that McIlroy started with a 6-shot lead and won by 2. McIlroy was 1 bad swing away from losing that lead. That long iron Rory hit on 18? 10 yards further right and its OB. That bunker shot on 18? 6 inches lower and it hits the face and then nestles against it. And what if one of the half-dozen 20-footers Fowler has in the last 12 holes drops? All of a sudden Rory's comfort level is markedly different.

I'm talking about his golf swing.

This is his 'set position at the top' through 2013 (photo from a 2011 Golf Digest article on Great Driving):

Just looking at this position, it's hard to believe this guy was an NCAA Champ. And a Ryder Cup player at 21. It looks like he's playing Tee Ball for the Murrieta Orangecats. Or he's just never swung a right handed golf club before. One of the two. He made that work!?!? I bet this cat is some ping pong player.

Now compare that to his 'set position' from Sunday: 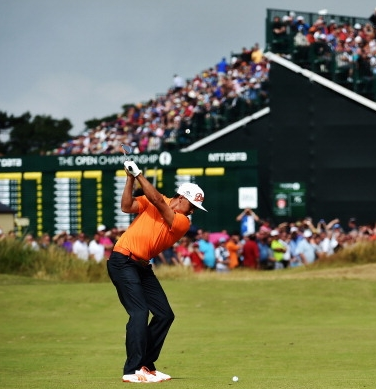 That's more like it. This Rickie-Butch thing sure is going well.

Note: Without technically analysing it on video at all, it appeared to me like Rickie's old swing habits came out a little bit on the back 9 on Sunday. There was just a little more of a "karate chop" element to it...

Let's stay with Fowler's swing for a moment.

I loved watching him hit shots all week. Besides the technical club angle stuff, it was the outstanding balance he displayed that drew me in. It didn't look violent at all. You didn't notice the massive head drop he used to have at impact. How many times did we see Fowler hold this pose for 3 full seconds, admiring the ball in peace? 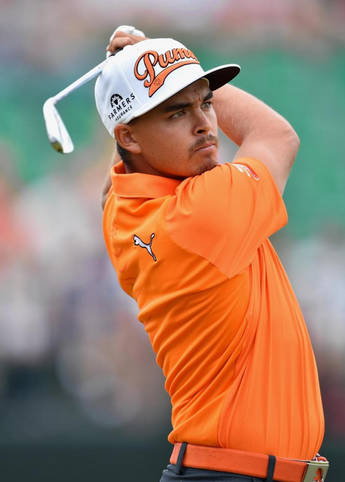 It looked controlled, it looked adrenaline independent, and it looked consistent, while still being powerful.

Contrary to several Sergio putts on the back 9 that had a "limp," no-chance-thats-going-in look to them, did you notice that all of Rickie's putts had perfect speed? Rickie's several 20+ footers all appeared to have "tracking pace" at the hole and stop exactly 18 inches beyond. It was uncanny. He just kept rolling the best putt he could, waiting for one to drop. None did, but he didn't suffer in the least because of it.

Rickie looks hungry to me. I go back to his post-R3 Masters press conference this year: "Bubba's already got a green jacket. It's my turn."

The following has run through his head:

"Bubba has 2, and I kick Bubba’s ass in practice rounds at home all the time. He's not a better player than me."

"Rory has 3, so why shouldn't I? He was European Amateur Champ? I was Collegiate National Champ. He was #1 ranked amateur in the world? So was I. He's got the Royal Portrush course record, 61? I've got it at Medalist, 62. Oh, and as I recall, I won Rookie of the Year in 2010 over Rory."

"Phil has 5, and I've taken six digits of cash off him in Tuesday games just this year alone."

I was tempted to write "Complete Player" here, with follow up of gaudy statements like "He has no weaknesses!"

That was until I realized that, outside of the majors, he hasn't had that great of a season. He's missed 8 cuts. His stats appear to show no elite skills- he's not in the Top 20 in any categories except Final Round Scoring Avg (12th) and Money Leaders (11th).

But there you go- he shows up when it matters most- in the biggest events and in final rounds. His competitiveness and mental makeup are what make him elite.

7. Making all the right friends. 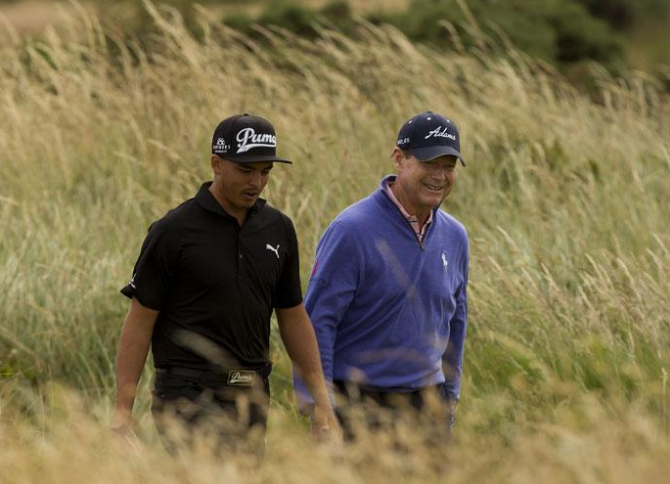 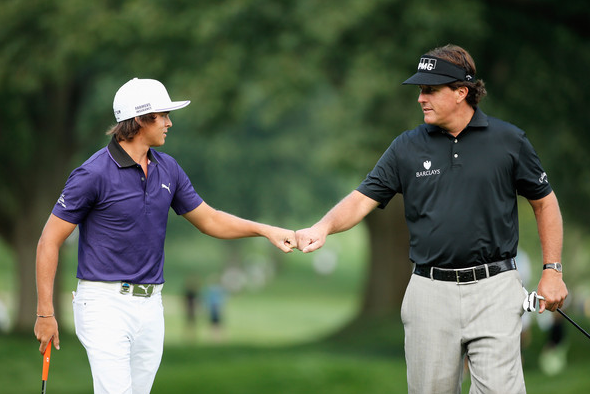 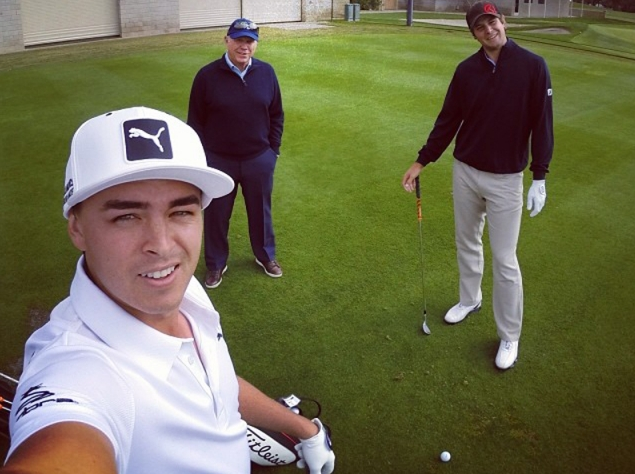 the best in the biz, Butch; 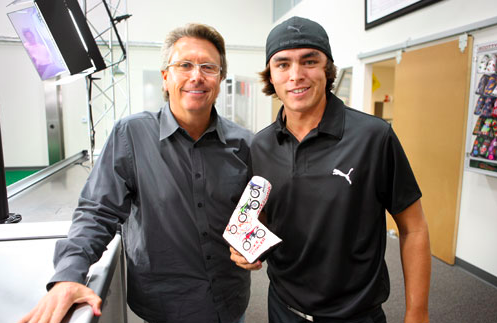 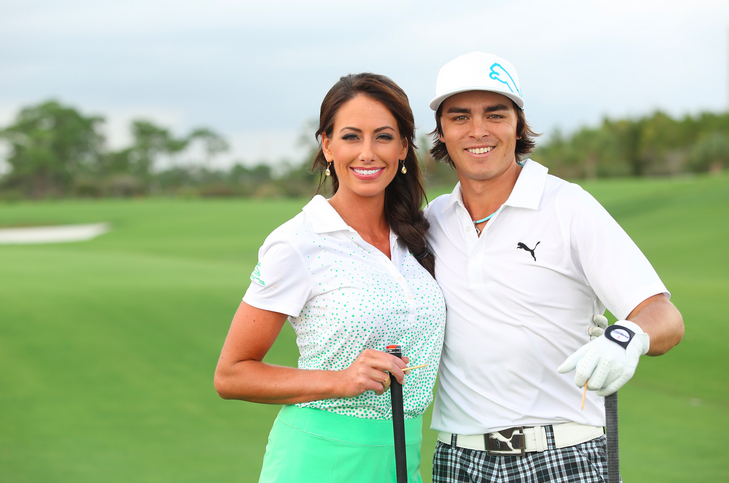 As always, you can download the Hole19 GPS iPhone app for free to get all your distances and track stats like a pro.