It seems a lot of us golf fans have been a little blindsided by the fact that - thanks to the major calendar reshuffle for 2019 - the 101st PGA Championship is now a little over a week away. 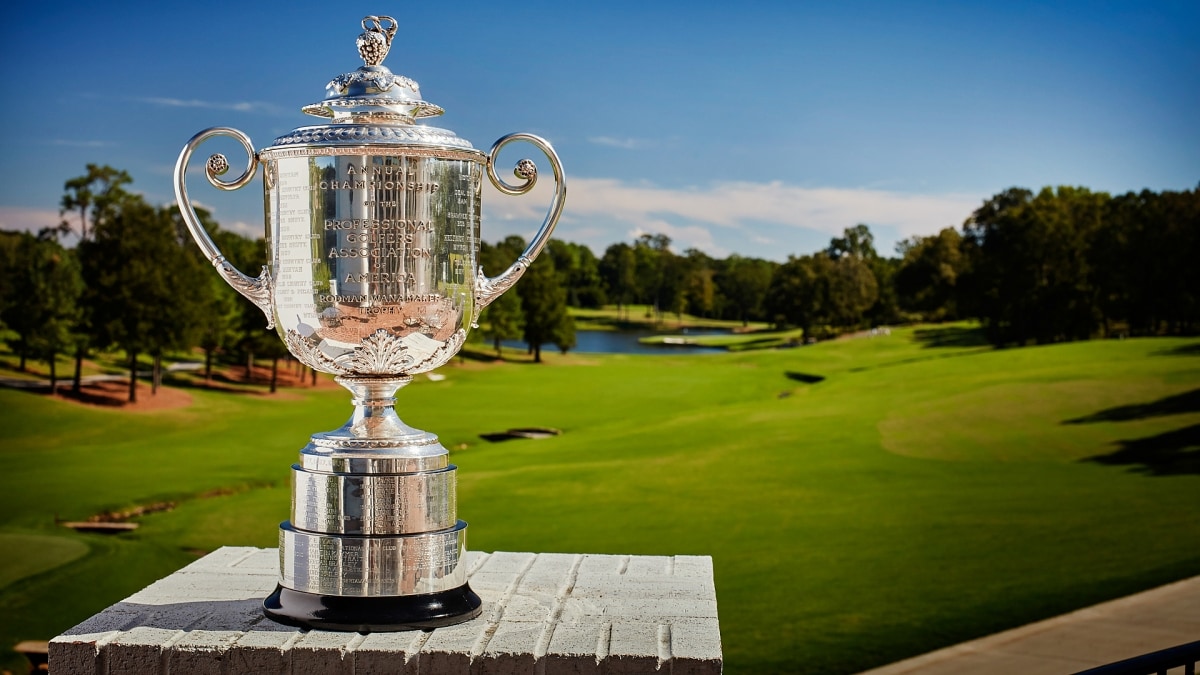 To help whet you appetite for the season's second major championship, we are taking a look at some of the best shots in PGA Championship history - or at least, the ones we like the most here at Hole19 HQ.

So, although it's a somewhat subjective list (beauty being in the eye of the beholder and all that), we hope you'll agree that the following shots are worthy inclusions.  Let us know your favourites below...

The best shot at last year's PGA Championship at Bellerive Country Club was, in our eyes, Matt Wallace's glorious ace during his third round on the par-3 16th hole.

The Englishman sent the watching masses into a state of frenzy as he flushed his tee-shot arrow-like at the flagstick before the ball disappeared to give him a moment to remember.

Matt would go on to finish nine shots behind eventual winner Brooks Koepka - after having been referred to as 'Mike' Wallace by the commentator.  Not cool!!

Rather than the arguably more famous chip at the 2005 Masters, Tiger Woods chooses a different shot when asks which is his greatest ever - his bunker shot on the 18th hole at Hazeltine during the 2002 PGA Championship.

When faced with a shot that would see all us mere mortals paralysed by fear and simply aiming to get the ball back in play, Tiger did what Tiger does.  With a downhill bunker lie to contend with, he smashed the ball 210 yards over a towering tree and somehow managed to land it just 8 feet from the hole.

Despite not winning in 2002, this particular golf shot stands as one of the abiding memories of that year's tournament.

On the 72nd hole of the 1986 PGA Championship at Inverness Club in Toledo, Ohio Bob Tway was left with a greenside bunker shot and he would have been forgiven for merely hoping to get up and down to force a playoff with Greg Norman.

What actually occurred was that Tway executed what remains as one of the best shots in PGA Championship history as he holed-out for birdie and Norman missed a chip from the greenside rough to hand his rival the win.

At the 1972 PGA Championship at Oakland Hills South African, Gary Player had just bogeyed the last two holes when he arrived at the 16th hole before finding himself blocked out for his approach to the green.

After standing on a chair to get a better view of the green, Player flushed a 9-iron over a Willow tree and a pond to four feet from the hole.  He would roll the birdie putt in on his way to his sixth of nine major championships.

This one isn't one of the most easily remembered golf shots, perhaps owing to the fact that Shaun Micheels wasn't exactly a household name at the time (or since), but that shouldn't detract from its level of sheer brilliance.

That week in 2003 at Oak Hill in Rochester, New York threw up an unlikely, yet highly deserving champion as Micheel closed the deal in fine style with a 7-iron to within inches of the hole to fend off the charge off Chad Campbell.

Who are you expecting to do well at the 2019 PGA Championship? Let us know below in the comments and keep an eye out for our 'Player to Watch' article next week.