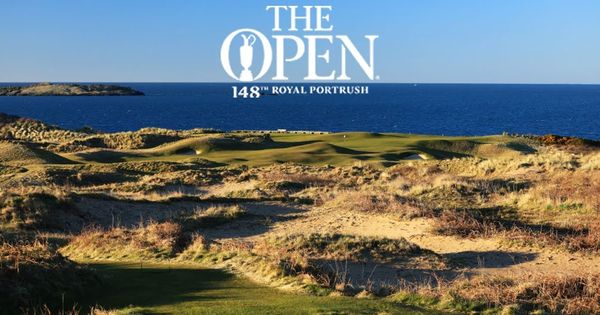 It's the first time in the past 68 years that the golf-loving nation has hosted The Open and here at Hole19 HQ, we're super excited for the four days of play to get underway. Check out our tournament preview as well as Thursday and Friday tee times to help get you follow the action.

The golf course on the north coast of County Antrim in Northern Ireland is the only Open venue outside Scotland and England and one which the world's best golfers can't wait to tackle.

The Dunluce Links is viewed as one of the island's best layouts and is a must-play attraction for travelling golfers who come to the Emerald Isle from far and wide.

Just last year Francesco Molinari finished at the head of a star-studded field to become Champion Golfer of the Year. Holding off the concerted charge of Tiger Woods, the 2018 Ryder Cup star won the 147th Open Championship at Carnoustie to become the first Italian major golf champion.

Despite the lead being held or shared by seven golfers at different points on Open Sunday, a bogey-free final round led to a two-shot victory while Woods ultimately settled for a T-6 position.

The most eagerly anticipated major of the year brings with it a worthy field packed with many potentially worthy champions.

Molinari will seek to retain his Claret Jug against home favourite Rory McIlroy who seems primed for further major glory. With the sense of occasion very evident for each of the Irish golfers in the field, can McIlroy hold it together and capitalise on his impressive form of late?

If he manages to, it will be his second Claret Jug after his win at Royal Liverpool back in 2014...

Tiger Woods hasn't teed it up since the U.S. Open at Pebble Beach over a month ago. Could the 15-time major champion's lack of tournament play mean he'll be a little rusty or, perhaps, fresh and ready to reduce the major deficit to just two behind the great Jack Nicklaus?

Brooks Koepka must be respected after his impressive run in recent majors. It seems crazy that just a little over two years ago the current world number one had yet to capture his first major title. This week he goes in search of number five.

The possibility of a winner of the 'British Open' coming from the British Isles looks as strong as ever in 2019. As well as McIlroy, obvious contenders include world number four Justin Rose, Tommy Fleetwood and Paul Casey, however, don't rule out the resurgent trio of Eddie Pepperrell, Matt Wallace or Andrew Johnston (aka Beef).

Jon Rahm's win at Lahinch Golf Club last time out was his second win in three years at the event and came on the back of a T-2 and a T-3 in his previous two tournaments.

Rahm's last round of competitive golf pre-Royal Portrush will have been that stunning 62 to capture the Irish Open...

He will need to keep his temperament in check for the full four days if he is to break his maiden major duck. Now that he's showing a higher level of maturity in his play we like the Spaniard's chances of doing just that.

Like his compatriot, Rafa has form on the Emerald Isle including a T-2 finish at Royal Portrush's links course from the 2012 Irish Open.

His career-best Open Championship performance is a T-4 at Royal Birkdale back in 2017, and three top-10 finishes in his last three European Tour events suggest he's in good shape to put in another strong showing at 2019's final major championship.

All times BST, (a) denotes amateurs

FYI: You can find the full list of tee-times here.