With the Arnold Palmer Invitational now in the rearview mirror, attention now turns to TPC Sawgrass for the fifth most prestigious tournament on the golfing calendar, and what some refer to as the 'unofficial fifth major', THE PLAYERS Championship.  Whatever you want to call it, it's most definitely an event that every golfer worth their salt wants to win.‌ The world's best will be at Ponte Vedra Beach on the Florida coast this week as The Players returns to its pre-2007 mid-March slot and each man will battle it out for a record $2.25M winner's share of a $12.5M prize fund.

To help get you ready for the four days of play at TPC Sawgrass in what promises to be one of the most exciting tournaments on this season's golfing calendar, check out our preview and selection players to watch.

For many golfers, TPC Sawgrass needs no introduction, and it will provide a stern test with short, medium and long holes demanding thought and strategy as well as impressively struck golf shots.

With the tournament now back in its old March slot on the PGA Tour calendar - as mentioned above - the course will play a little differently throughout the 7,189 par-72 set-up and is likely to serve up a higher winning score.

And then there's the iconic 17th hole which provides drama like few others in world golf.  Check out some of the best shots ever at the island hole below...

Back last year when The Players took place in May post-Augusta and post-Shinnecock Hills, Webb Simpson captured his first win in five years on the PGA Tour finishing four strokes clear of compatriot Jimmy Walker.

The former U.S. Open champion (2012) reminded us all of his quality by easily holding off the chasing pack and was rarely troubled in his closing round.  Posting a 1-over 73 was more than enough for Simpson to pick up his second largest winner's payout to date ($1.98M).

Check out the highlights of last year's win below...

Following a two-week break after his win at the WGC-Mexico Championship, world number one Dustin Johnson returns to a course where his best finish was a 12th place two years ago.

Justin Rose, the man DJ dethroned, also tees it up this week as he goes in search of a second win in 2019, as does last week's Arnold Palmer Invitational champion, Francesco Molinari. Also, Phil Mickelson will take part in his 26th Players Championship despite struggling for form of late.

Our Players to Watch Spanish golfer Rafa Cabrera Bello is looking a first PGA Tour win, and it's starting to look ever-closer as he gets set to capitalise on his T3 at last week's Arnold Palmer Invitational.  Though without a win on the European Tour since the AAM Scottish Open win in 2017, he has been playing some great golf and a T4 back in 2017 at this event gives us confidence that he will be in the mix this week. 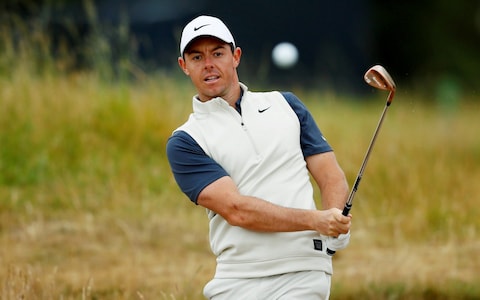 He's struggling to get over the line with five top-6 finishes in as many events, but a solid Sunday may be all that's required for McIlroy to record his first win of 2019.

With the Masters less than a month away, he will be keen to keep up his excellent form, and we expect another strong showing. Questions surrounded the 18-time major winner's likely availability for The Players after he withdrew from the Arnold Palmer Invitational field citing a troublesome neck injury which had failed to settle down.

Who do you think will win this year's edition of THE PLAYERS Championship? Let us know below...