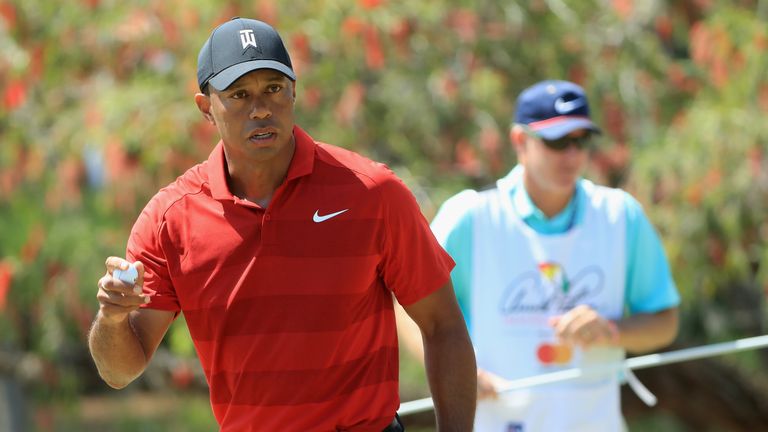 It's no longer premature to say that Tiger Woods is back!!. He may not be at his mercurial best, but it's plain to see that he's a threat to the entire golfing world once more.

Earlier this year quite a few commentators, armchair pundits and golf fans (ourselves included) displayed an element of scepticism over the likelihood of a successful return to professional golf for the 14-time major winner.

Despite not managing to secure a tournament win in 2018, it's pretty clear to see that he has proven quite a few of those doubters wrong.

Now that the regular 2017/18 PGA Tour golfing season has come to a close, and while we may have some ferocious Tiger roars still to enjoy at the season-ending FedEx Cup Playoffs, we've been trawling through a whole host of pretty impressive shots from the great man this past year alone.

Here are our favourite (and probably the best) golf shots from Tiger Woods in 2018...

It wouldn't be a highlight reel without a hole-out from the fairway and Tiger did just that during the Memorial Tournament back in June. With 95 yards to the target, he flew a wedge shot over the pin before the ball backed up unerringly into the cup for an eagle three.

At the home of 'The King' back in March, the GOAT managed to put together an impressive four days to finish T-5 for the championship. An undoubted highlight was a monster putt for birdie

He seemed a little worried about the speed at which the ball trundled down the hill but, luckily, the hole got in the way.

One of our favourite shots of Tiger's 2018 was in the past couple of weeks at the 100th PGA Championship in Missouri.

Going rather wayward off the tee to cries of "fore left!" he would just avoid the out-of-bounds before nailing his approach shot from a decent lie to a very makeable distance for birdie.

Did he make it? Of course he made it!!

Tiger's never been one to shirk a challenge from the sand and he displayed all of his Houdini-like bunker prowess back at the 147th Open Championship last month.

Faced with a lie close to the face of one of Carnoustie's nasty fairway bunkers on the 10th hole, he aggressively whipped an impressive recovery shot to just a matter of feet.

So obviously no back problems then...

Everyone loves an ace and it was a feat he almost achieved on a few occasions this year but unfortunately, Tiger has been unable to add to his 18 career holes-in-one.

He came mightily close at the Valspar Championship...

...and even closer at the Farmers Insurance Open.

In his most recent comeback, Tiger has made a habit of holing putts from some impressive distances.

Another such occasion was at the Valspar Championship when he came up a single shot short of Englishman Paul Casey's winning total back in March. The watching galleries were sent into raptures when he drained a birdie putt from all of 44-feet.

How do you rate Tiger's return to professional golf? Which shots stand out for you? Let us know below...

Need a helping hand improving your best golf shots? If you're not a Hole19 app user you can download for FREE today by clicking your app store button below.