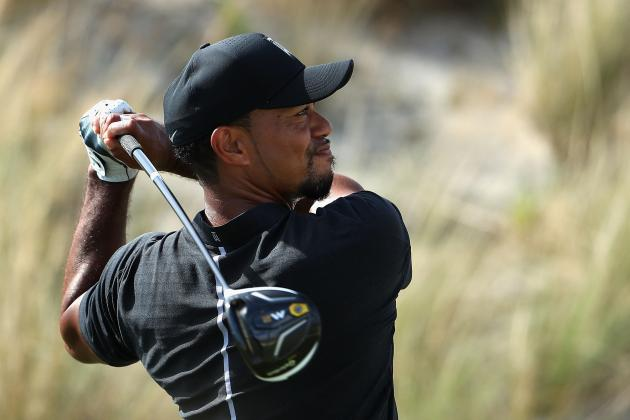 With a first competitive outing now in the books after his own foundation’s Hero World Challenge the time has come to reflect on Tiger Woods’ 15th place finish in the Bahamas last week.

After shooting a messy final round 76, Woods remained in positive mood when reflecting on his four days at Albany. His main aim of playing tournament golf again had been accomplished and he had shown us all brief glimpses of his mercurial ability.

The fact that he posted the highest number of birdies over the four rounds will be a source of comfort for the American. On the contrary, having six separate double-bogeys on his cards over the week provides further confirmation of the ring-rustiness that will undoubtedly plague Woods’ game over the next few tournaments.

Thursday’s first round had a solid look about it and by the time Tiger had reached the 16th tee box he was sitting at an impressive three under par. Two double-bogeys on the final three holes left a bitter taste as the 14-time major winner shot an opening-day 73.

Friday was exciting and the closest we got to the Tiger of old. An impressive seven under par 65 had us all wondering whether the recovery could be sizeably ahead of schedule. Some truly magnificent golf was on show and a bogey-free round suggested solidity in his game that few expected.

There was a definite mixed bag on Saturday. Seven birdies, three bogeys and one double-bogey saw round three encapsulate the tournament as a whole for Tiger. Momentum gained by a string of birdies was quickly eroded by messy dropped shots and it was towards the end of day three that the lack of tournament golf started to catch up.

Sunday served as a glaring reminder of a 15 month absence from the game. He seemed both mentally and physically fatigued and, while on the way to posting a tournament-high single round score, his erratic scorecard included three separate double-bogeys.

The facts show that Woods was a long way from winning the tournament he has hosted since 1999. In reality this will not trouble any of his team one iota. This was all about getting four rounds of competitive golf in the bank and using it as a solid base to work from.

Important was the fact that he navigated last week’s tournament without succumbing to injury once again. There wasn't a single wince and the swing seemed reasonably fluid for a guy who has had more than his fair share of back and knee trouble over the years.

It may be a while before we truly see the green shoots of recovery in Tiger’s game. Ideally, the flashes of brilliance will become more frequent and he will gradually enhance his scrambling percentages. Six double-bogeys and eight bogeys over four days isn’t what we would necessarily associate with the great man.

Whether he is your GOAT (Greatest Of All Time) or not, the game will only benefit from having a competitive Tiger Woods back in the field. Within the most fiercely contested golfing landscape for many years, he can most certainly find his place and could conceivably challenge for major championships once again.

There is a lot of work ahead and while it is difficult to predict his next competitive tournament, a safe bet is that he will be at the Farmers Insurance Open in San Diego come late January.

Only time will tell if Tiger can make it back to the summit of world golf. This was an important first step – but no more than that.