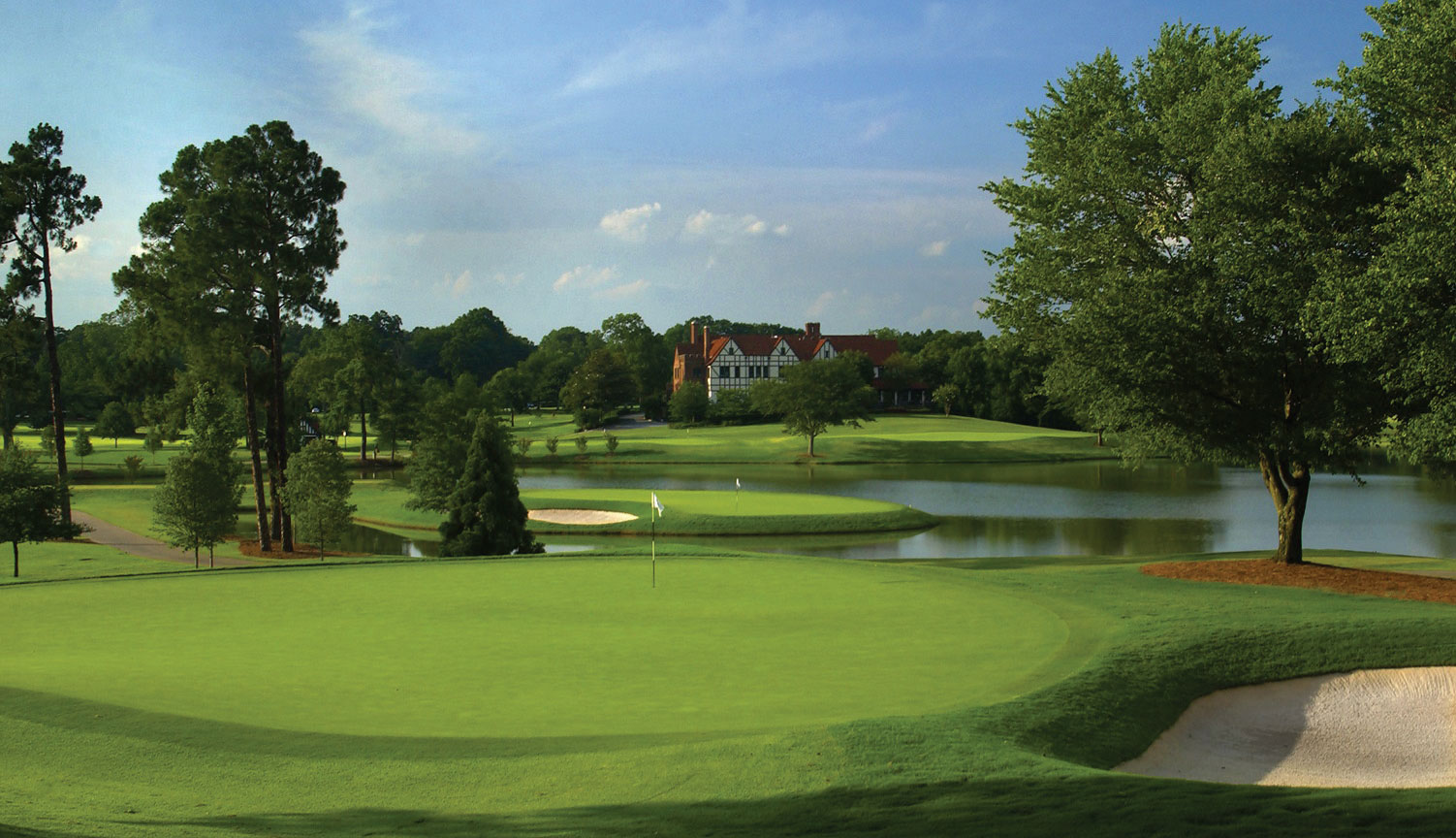 This Thursday sees the race for the FedEx Cup enter its final straight as the top 30 golfers in the standings tee it up for the Tour Championship at East Lake Golf Club.

One week before the best on both sides of the Atlantic go toe-to-toe in what promises to be a humdinger of a Ryder Cup, many of those who will be on show at Hazeltine National have their eyes fixed firmly on the possibility of being crowned this season’s PGA Tour Champion – and the mouth-watering $10M bounty which provides quite the added bonus.

East Lake has been permanent home to the Tour Championship since 2005 and the venue for the FedEx Cup finale since the competition’s inauguration in 2007. The course was established in 1904, making it the oldest in Atlanta, and is famed for being the home of golfing great Bobby Jones.

Tour Championships gone by have been won and lost over the last few holes and the par 3 18th at East Lake was, of course, extremely pivotal. This year has seen the organizers take the dramatic decision to flip-flop the front and back nines with the tournament’s closing hole now due to be the par 5, 551 yard 9th. It will be interesting to see how this decision affects the field movement come Sunday. A bold move indeed.

Having navigated four lucrative play-off events after the regular PGA Tour season came to a close, and owing to the fact that accumulated points are reset for the final event, each one of the men who have made it to this stage in proceedings possess at least a mathematical chance of getting their hands on the FedEx Cup trophy.

Quite regularly the winner of the Tour Championship has picked up the FedEx Cup trophy also. In fact, not since Tiger Woods finished second to Phil Mickelson in 2009 has the winner failed to land the overall prize. There is a reasonable chance this year will follow the trend set by the previous six.

The top five players in the standings – allocated with adjusted points based on their position prior to the event – know that a win at East Lake will secure the FedEx Cup, while there are various permutations for each of the men below. Even Charl Schwartzel - the lucky 30th man - is in with a shout of triumphing against odds. It does require the implausible scenario of the South African winning the Tour Championship - Dustin Johnson - finishing no better than 29th and a whole plethora of players below DJ struggling to make their mark. Stranger things have happened - probably.

A slightly more conceivable outcome would be that Johnson, or one of the others within the top 5 (Patrick Reed, Adam Scott, Jason Day or Paul Casey) capitalises on the simplicity of his own individual task and saves us all from a potentially head-scratching Sunday evening.

Last year, we saw Jordan Spieth hold on to his one stroke advantage over the Swede Henrik Stenson with what can only be described as a pure putting masterclass. To repeat his feat of 2015 the Texan will have to win and rely on neither Johnson nor Reed finishing in sole second position.

Regardless of who manages to come out at the head of affairs this time around, there is sure to be twist and turns aplenty. We haven't even mentioned the resurgent Rory McIlroy yet.

And from a purely selfish point of view, with the Tour Championship this week and The Ryder Cup next, what a fantastic time it is to be a golf fan!