Once upon a time we tweeted to Shane Ryan on a whim, asking if he thought Team USA had any shot to win the 2014 Ryder Cup. He responded basically saying that they do have some chance given (a) these are pros and (b) crazy things happen. That led to this exchange:

@ShaneRyanHere yeah. Europe as 2-1 fav's feels about right. We keep coming back to this: if there were a draft, 4 of first 5 would be Euro

@hole19golf A draft is kind of a great idea. Get four of us, each drafts 6 golfers, best record overall wins. @NoLayingUp @StephanieWei

Just like that, a spontaneous, cross-atlantic Ryder Cup Fantasy Auction was hatched (pun not only intended but premeditated).

We quickly decided on 6 participants rather than 4, and hashed out some rules: 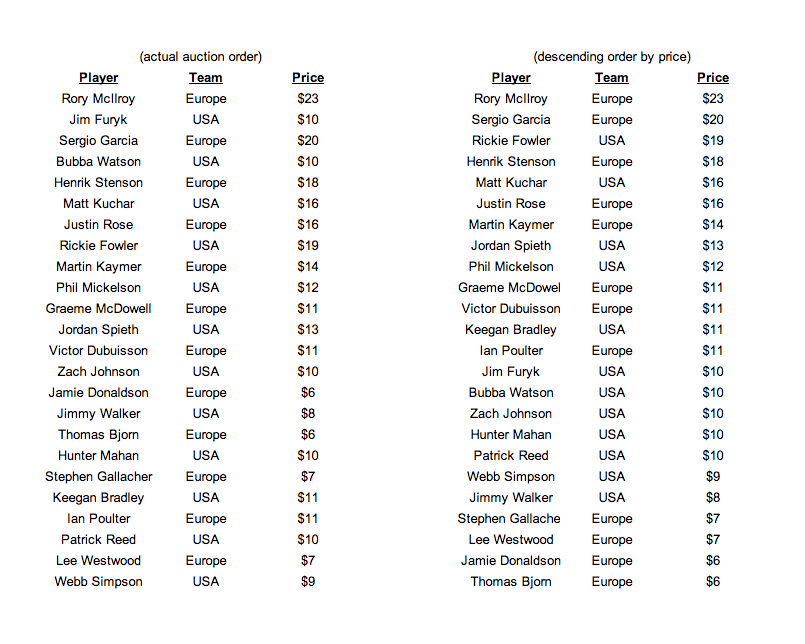 Can't wait to see how this plays out!