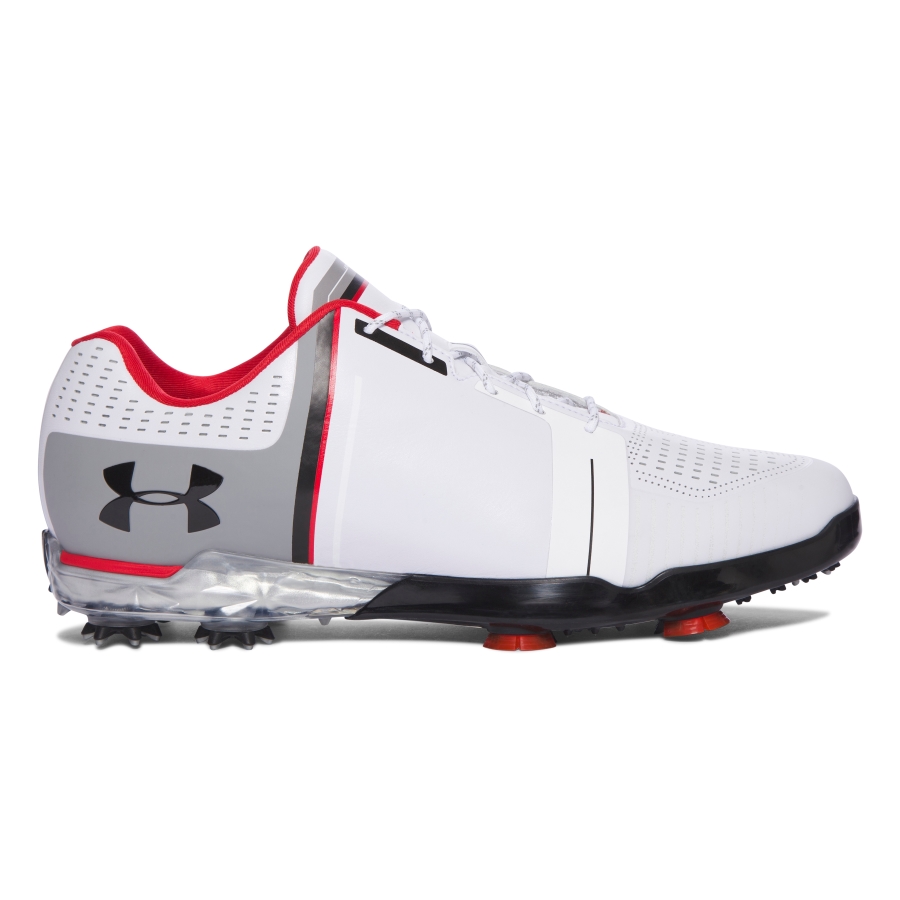 Following the launch of its Drive One, Tempo Hybrid and Tempo Tour golf shoes last year, Under Armour has teamed up with its leading tour ambassador, Jordan Spieth, to create a pair of shoes that not only bear his name, but have also been designed to meet his precise technical demands. Having previously worn the Drive One, Speith asked for a new shoe that prevented him from rolling his left foot over too much in the follow through, to help keep him more balanced in the latter stages of the swing. 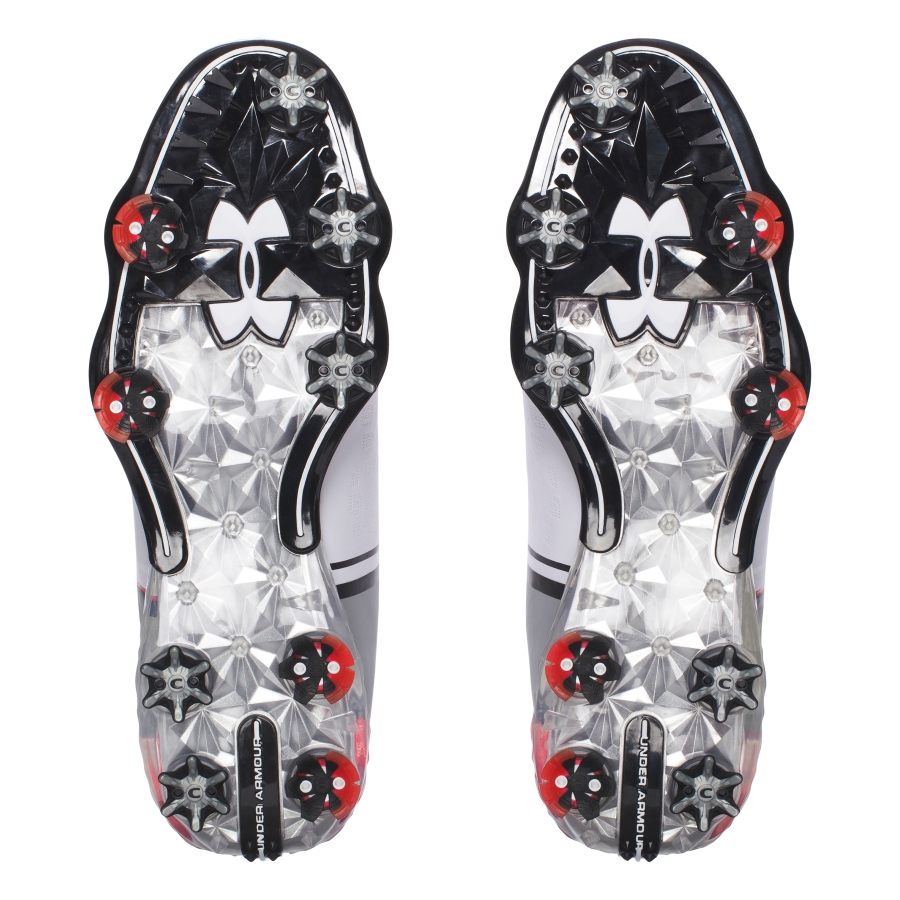 So the Spieth One features a unique sole design and cleat configuration which offers what UA’s designers call ‘rotational resistance traction’, which, in essence, provides a lower-to-the-ground platform, with cleats protruding slightly away from the edges of the sole to create a more balanced base from which to swing.

The breathable, waterproof uppers are connected to the sole with a single seam, while the outsole has a softer forefoot for flexibility, paired with a firm heel for stability and support.