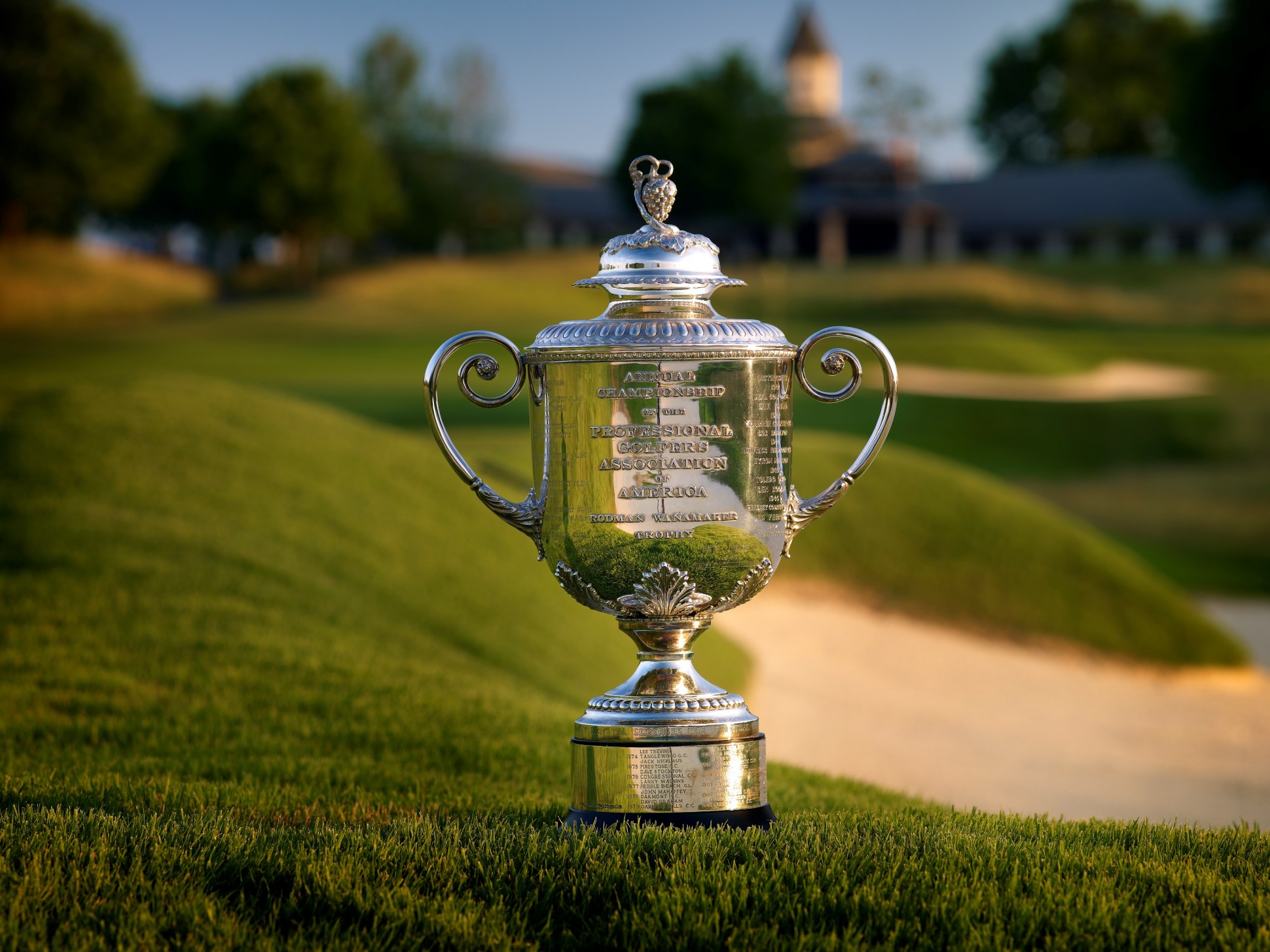 With the Olympics just around the corner, and the 2016 Ryder Cup a smidgen up the road ahead, this year’s US PGA Championship comes a mere 2 weeks after many of the world’s best toiled in the classic links challenge provided by Royal Troon for the 145th Open Championship.
The tournament’s last visit to Baltusrol, in 2005, saw Phil Mickelson pick up The Wanamaker Trophy with a memorable mini-flop shot on the 18th helping secure a one stroke victory over Thomas Bjorn and Steve Elkington.

Though a par 72 for members, Baltusrol Golf Club’s lower course will play 7,428 yards and to a par of 70 this week for the championship. It has hosted the US Open eight times and we may well see a US Open-esque low winning number.
Certainly, if the course remains dry, and there is any wind to speak of, we may see a score similar to that of Mickelson’s -4 in 2005. Should the course soften, and the winds stay away, don’t be surprised to see a score edging up towards the double digits and beyond.
Once described as ‘a thinking man’s golf course’ by The Golden Bear himself, accuracy off the tee will be paramount despite the generous fairways on offer. Treacherous second shots await wayward drives and, just to keep the longer hitters interested, the famous 17th hole, a 649 yard par 5, has a tournament defining feel about it.

In possibly the most competitive era in modern golf, picking a winner of this tournament could very much be a ‘needle in a haystack’ situation. One interesting fact to consider, which may help us while we rummage, is that 9 of the last 10 winners of the event have already picked up a win in that calendar year. If 2016 were to follow that trend then who, of the note worthies, would be struck off our list? Two previous champions in Martin Kaymer and Keegan Bradley would certainly be out, as would Phil Mickelson after his golfing master class at Royal Troon. When looking for a player who has won in 2016, is reliable off the tee, and has the ability to scramble when the going gets tough, then these three golfers may be worth considering:

Henrik Stenson – Very few are more accurate off the tee than the Swede and he is riding the crest of a wave. It is possible that events of the last week may have taken their toll but he is in majestic form.

Jordan Spieth – His putting is imperious and his scrambling percentages this year, even though he hasn’t been at his best, have been healthy. With two wins under his belt in 2016, we may see Jordan complete the third leg of his career grand slam.

Zach Johnson – Zach doesn't satisfy the first criterion in that he is yet to win this year, while his best performance at the tournament came in 2010 when he finished T-3 at Whistling Straits. Overlooking that fact, he is a great technical golfer who trades distance for accuracy and we may see him in the mix this coming Sunday.

Regardless of the outcome, a veritable feast of golf awaits.

Check the tournament’s course on Hole19! Open Hole19 and search for Baltusrol GC (Lower) or download the App for free from App Store or Play Store.