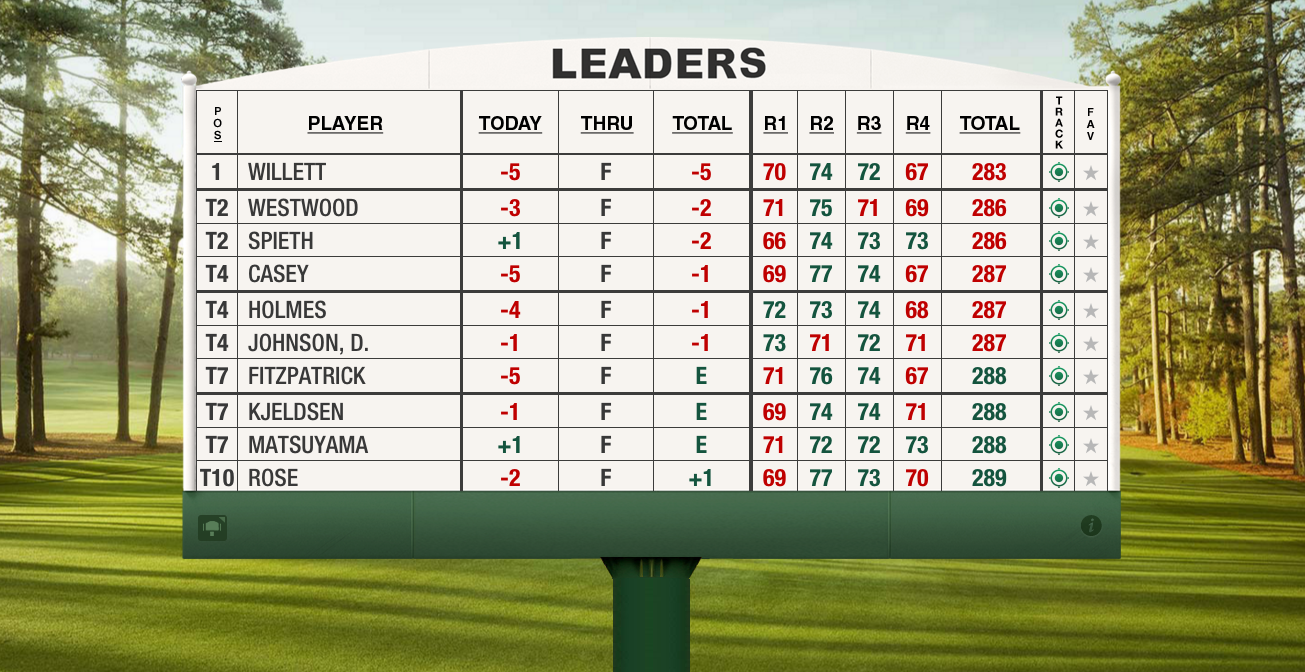 OK, come on. Who saw that coming? Definitely not us. Like the rest of the golfing world, we woke up on Sunday believing that all Jordan Spieth has to do was turn up and he would retain the green jacket for another year.

Firstly, congratulations to Danny - an exceptional performance. To come from where he did (in terms of the tournament field, not Sheffield) and upset the odds like that was amazing. Bravo young man.

Although it is to another of the steel city’s sons to which we also doff our cap - none other than our very own Matt Fitzpatrick, who quietly had a great first three days, and then turned in an impeccable round of 67 on the last day to finish a respectable seventh. Starting the day at five-over, Matt mixed six birdies with just one dropped shot to finish a memorable week in fabulous style and break 70 for the first time at Augusta.

We won’t use this as a forum to go over Matt’s round hole by hole (you can do that on our app if you want to though) but we just want to say how proud we are. If anything, it highlights what a future Matt has in the game and, perhaps more excitingly, this year.

With the Olympics and Ryder Cup coming up later this year (captain Darren Clarke was one of those to pass on his immediate congratulations to Matt), 2016 is going to be a very exciting time. From all of us at Hole19 towers, we’re proud of you Matt.