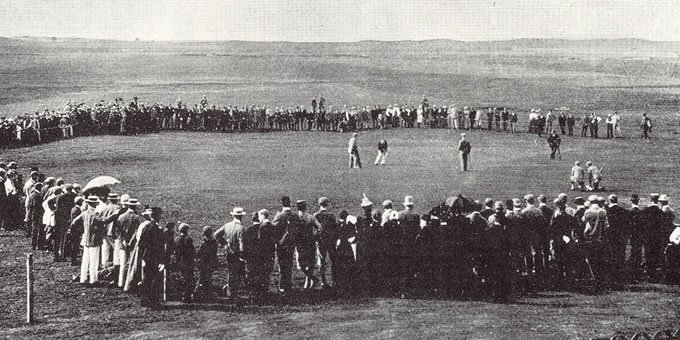 How golf clubs interact and engage with their members has never been more in the spotlight than in the last 24 hours. This follows the announcement yesterday that Muirfield Golf Club will not stage another Open Championship after maintaining its ban on women members. Needless to say, this decision has caused widespread negative reaction with the vote being described as "indefensible", "embarrassing" and “archaic” from senior figures in golf, business and politics.

While it’s hard to argue against any of those emotions, there is an argument to suggest that this news could, in the long run, deliver a positive impact on the game. Yesterday’s announcement has put golf, and how it deals with the public who play it, and the front and centre of the media agenda yet thankfully, there very few clubs remaining that uphold the ‘men-only’ policy. In that sense, what is happening at Muirfield is simply sending up a flare to grab the world’s attention and point to a much bigger issue for golf, namely, ‘how clubs interact with their members’.

Clubs must not forget that the people who pay the fees are the lifeblood of the game of golf. Instead of alienating audiences by reinforcing outdated stereotypes, clubs should be making every effort to get closer to their players. Just because the majority of clubs allow female members on the course does not mean they are not immune from this issue. Participation rates are falling globally as millennials look to engage in other activities with lower time, access and monetary barriers, like cycling or football.

Today should be the day when every golf club around the world asks itself, ‘what can I do to get closer to my players?’. In a world of real-time, always-on connectivity, there’s no reason clubs should not be completely engaged with the people they are trying to attract. This means offering tailor made deals, loyalty incentives and targeted flash sales, knowing the size, type and brand of equipment its individual players like to use. Likewise, on a macro scale, golf needs to look in a much broader sense about how it can best adopt technology for the good of the game - from improving the pace of play right through to making night time golf a reality.

Thankfully, we are starting to see the green shoots of technology with the advent of platforms designed to bring clubs and players together, right through to more interactive broadcast coverage of the Majors. But bridging the ever widening gap between club and player shouldn’t be driven solely by forward-thinking brands looking to connect the world of golf. It simply has to work both ways.

From mobile platforms with captive pools of players, the potential to integrate technology into golf to revive its flagging fortunes is limitless. If done properly, we may finally start to address the falling participation rates of one of the best sports in the world. Hopefully, clubs around the world will be thanking Muirfield for this decision in years to come.