Congratulations to newly crowned world number one Brooks Koepka after he impressively retained the Wanamaker Trophy on Sunday past by going wire-to-wire at Bethpage Black. 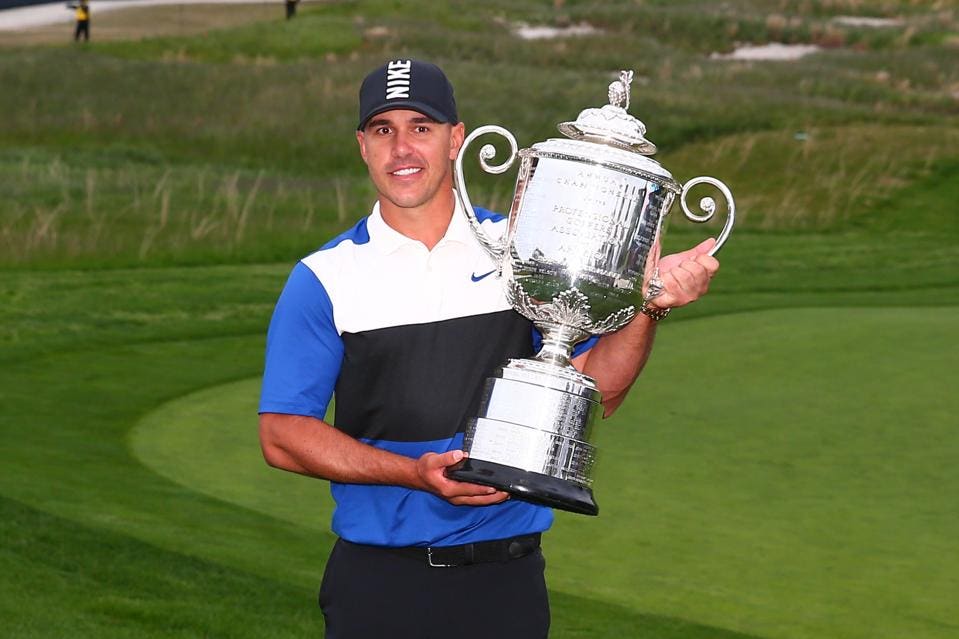 Dominating throughout the majority of the four days play at this year's PGA Championship, only Sunday's back nine wobbles stopped the now four-time major winner from completely crushing the entire field.  Now with a 50% strike rate in major championships, it seems there is no stopping Brooks as he continues to dominate when it comes the big ones.

Pebble Beach and Royal Portrush are next up in 2019 and who would bet against major number five coming along before the year's out?

Here are a few takeaways from the four days in New York...

Shameless Gloating: We Called It!!

We should probably reference the fact that Brooks was number one in our pre-tournament list of Players to Watch (it was bound to happen sometime).  It wasn't exactly hard to see that he was the man to beat as he came into last week as both the defending champion and pre-tournament favourite.

Some of our other predictions were perhaps a little less insightful (Tiger Woods and Jon Rahm for example), but let's focus on the positives!!

Of all the European golfers teeing it up this week, Englishman Matt Wallace showed the others how it's done with a T-3 finish after settling for a -2 total.

The highlight of his four days would have been the five birdies in a span of six holes during Friday's second round, and he'll be looking to take this fine play to Pebble Beach in a few weeks - and then on to Royal Portrush.

Heading into Sunday's final round, no-one in their right mind would have expected that such a dominant display to that point by Brooks Koepka would fall flat to such an extent as to allow anyone of his challengers to capitalise.

The truth is, for a few holes during his back nine the defending champion was put under severe pressure thanks to his falterings as well as a surge from 2016 U.S. Open champion Dustin Johnson.  A few bogeys on the bounce as DJ's round came to a close proved costly; however he has plenty of positives to take from another strong major showing.

Check out the highlights from DJ's rollercoaster final round...

There were some stunning golf shots last week at Bethpage but we love a good hole-in-one here at Hole19 HQ, so this stunning shot from Lucas Bjerregaard shoots right to the head of this list.

Standing on the 17th tee-box on Sunday he executed the perfect golf shot and watched with caddie Jonathan Smart as the ball disappeared for the only ace of that championship.

A total of 82 golfers made the cut at the 101st PGA Championship, but there were some big names who missed out.  Right at the head of that list was 2019 Masters champion Tiger Woods, as the great man missed the +4 cut by a single shot.

Well done to Brooks Koepka on his fourth major win in eight appearances - what do you think his chances are like at Pebble Beach and Royal Portrush over the next two months?  Let us know below.

Make 2019 the year you start reaching your true potential. Join Hole19 FREE today by clicking your iOS or Android button below. You can also learn more about the game-enhancing benefits of Hole19 Premium.