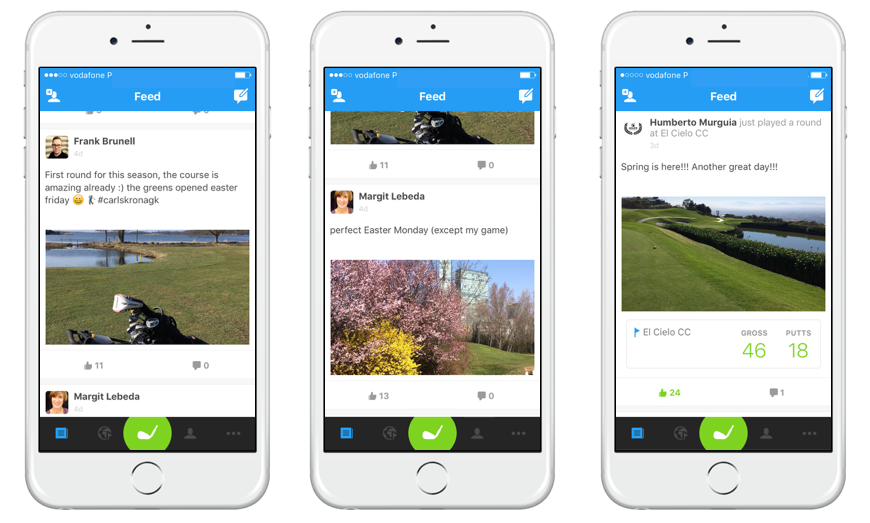 "Spring is in the air, everywhere I look around".

Ok, we’ve changed the words to the famous John Paul Young song slightly, but we’re happy. The sun brings out the best in people and the excitement at Hole19 towers is palpable. To say the fairways of Portugal are looking inviting would be an understatement.

We’ve been very busy this month. We announced our Course Profiles news, which was well received by clubs around the world. While we also delivered our first ever Global Golf Report. But it wasn’t just Hole19 making the headlines this month. Here are a few stories that caught our eye:

We loved this interview with Jason Day, who is widely regarded as one of the nicest guys in the game. Despite its brevity, this is an honest and open piece that gives a great insight into both the man and the golfer. Worth a listen for anybody interested in the game.

From one Australian golfer whose reputation is growing, to one that needs no introduction. Golf Digest reported on Greg Norman’s collapse at the Masters in 1996. This analysis, 20 years on, is simply a fascinating microcosm of the nuances of golf.

Call it a clever marketing ploy or just an off the cuff moment of improvisation but PGA Tour golfer Gary Woodland recently became an internet sensation when he took his pants off to hit a shot from the water at the Honda Classic. Bravo young man, bravo.

Ok, this is one to share with your golf buddies to see who actually tells these lies. We’ve definitely said a few in our time, but we’re not going to tell you what they are!

Finally, we felt this worthy of a mention if only for the headline. The ‘nutters with putters’ article that featured in this month’s Big Issue looked at 100 years of crazy golf. The copy is great, but the pictures are even better!